Actor Raai Laxmi has been a part of some of the major films down South. The actress set foot in the world of cinema with her work in Tamil, Malayalam, Telugu, and Kannada language films. She has also appeared in a couple of Hindi films. Apart from acting, the actress is also known for her fashion sense and knows how to keep people engaged with her posts on Instagram. 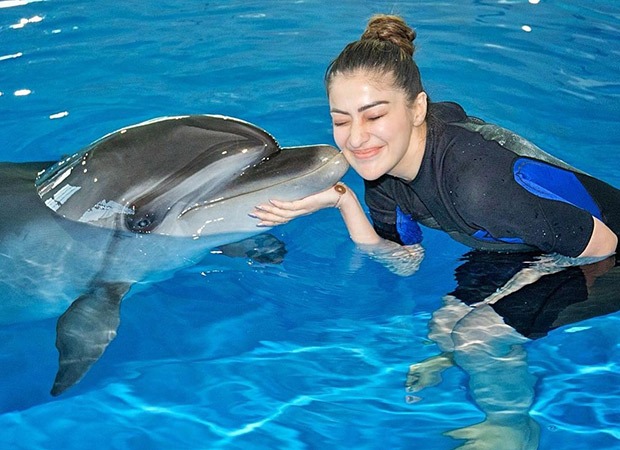 On Friday evening, Raai Laxmi dropped some fun-filled pictures from her recent travel to Dubai. In the pictures shared by Raai, she can be seen having the time of her life swimming with dolphins. Dressed in a black and blue diving suit, Raai is seen enjoying herself as she swam with dolphins.

Sharing the pictures, Raai wrote, "This is so much fun #SwimWithTheDolphins thank u for hosting me with this amazing memorable experience with these cuties".

On the work front, Raai was last seen in the Tamil horror film Cinderella in which she played dual roles. The actress has multiple films in the pipeline including - Jhansi IPS (Kannada), Anandha Bhairavi(Telugu), Gangster 21(Tamil), and Monster(Malayalam).