The South Indian cinema has made its mark on the hearts of millions. The stunning, larger-than-life and grand sequences in the South Indian films such as Baahubali and RRR have turned many heads. The South Indian movies are now being recognised not just nationally but also globally. The South Indian stars are some of the highest-paid actors in the country as they take home hefty paychecks for delivering blockbusters. 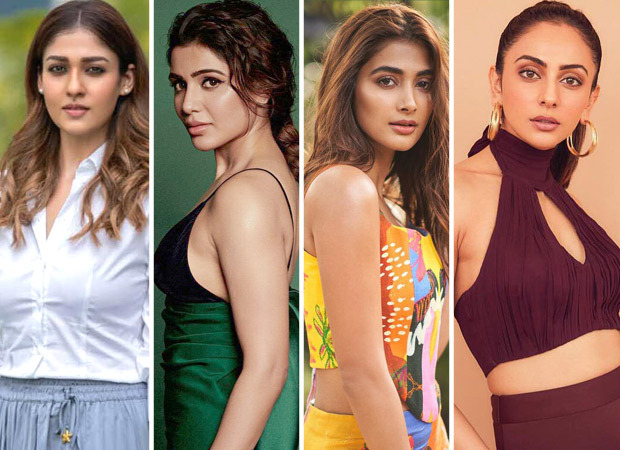 Here’s a list of South Indian actresses that receive a hefty amount as fees for their movies.

1. Nayanthara
Nayanthara, who recently got married to Vignesh Shivan, is one of the big names in the South Indian film industry. She has made it to the A-list actress of the industry with her brilliant performance in her recent, O2. As per a report by the Times of India, the actress has charged Rs. 10 crore for her upcoming project with Jayam Ravi.

2. Samantha Prabhu
Samantha has delivered some amazing performances throughout her career. She is known for her splendid acting talent and now she has made headlines for her item number in Allu Arjun’s Pushpa – The Rise which became a megahit. According to India Today, Samantha charges Rs. 3 Crore to Rs. 5 Crore for her films. Her fees also depends upon the production house and her screen time in a particular film.

3. Pooja Hegde
The Radhe Shyam actress has made it big both in Bollywood and South Indian industry. She has been cast opposite renowned film stars in her movies. She is currently working with Vijay Deverakonda for her upcoming project, Jana Gana Mana by Puri Jagannadh. The actress has now started charging around Rs. 5 crore for her films as per News 18.

4. Rakul Preet Singh
Rakul has worked in many superhit films in Bollywood, and has made a good name for herself in the South Indian film industry too. Rakul recently received immense appreciation for her role in Runway 34 which also starred Ajay Devgn and Amitabh Bachchan. As per the latest reports by News 18, Rakul took a Rs. 3.5 crore paycheck home for the role in the film.

5. Tamannaah Bhatia
Tamannaah is well-known for her role in smashing hits such as Baahubali: The Beginning and Kalloori. The actress who is seen in big-budget Bollywood movies as well, charges a high price as her remuneration for her performances. The reports by DNA reveals that the actress charges Rs. 3 crore for her films.

6. Rashmika Mandanna
Rashmika is not just a fantastic actress, has become an internet sensation. The actress has gained popularity for her role in Pushpa: The Rise. She is on the peak of her career at the time with a lot of big projects in her kitty. Owing to her global popularity, the actress has increased her charges for her films. According to News 18, she has now started charging Rs. 3 crore for each film.

7. Anushka Shetty
Anushka has been a household name for a long time. It is believed that people can act but nobody can do it better than The Bahubali actress, Anushka. She enjoys a massive fan following and has contributed to the film industry with noteworthy roles in her films like Arundhati and Mirchi. As per a report by MSN, Anushka takes home a cheque of Rs. 4 crore for her films.