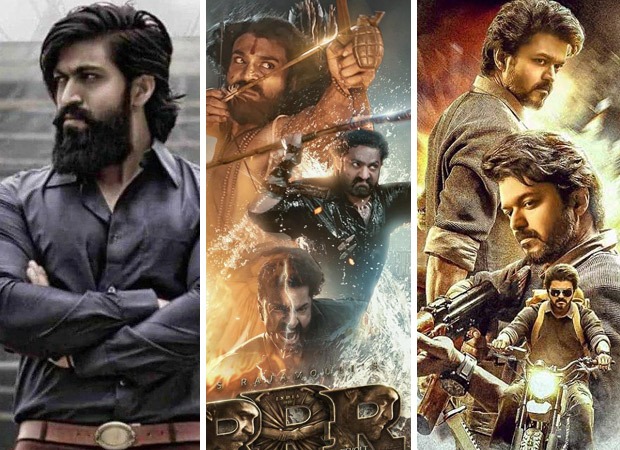 1. Beast
Beast, available to be streamed on Netflix is one of the biggest blockbusters of recent times. The film, starring Thalapathy Vijay and Pooja Hegde in lead roles, impressed the audiences through its noteworthy performances. The film revolves around a spy, Veera Raghavan who is trapped with the hostages in a shopping mall which is hijacked and tries to save the lives of the innocent people.


2. Sarkaru Vaari Paata
The action entertainer by Parasuram is available to stream on Amazon Prime Video. Sarkaru Vaari Paata is one of the biggest hits of Mahesh Babu’s career. The film is a mixture of both soothing romance and action-packed sequences. Mahi, played by Mahesh Babu promotes financial discipline. He helps those in need if they pay him back on time. He comes across Rajendranath who refuses to pay him back which gives rise to conflicts between them.


3. Bheemla Nayak
The film, directed by Saagar K Chandra, available on Hotstar is full of amazing performances by Pawan Kalyan, Rana Daggubati and Nithya Menen. The film spins around the egoistic rivalry between a sub inspector and son of an Ex-MP. The robust dialogues and the pulsating background music are one of the many elements which led to the massive success of Bheemla Nayak.


4. Radhe Shyam
Radhe Shyam can be streamed on Amazon Prime Video. The film is a period drama starring Prabhas and Pooja Hegde. As Vikramaditya, played by Prabhas falls in love with Prerana, played by Pooja who is dying leaves the audience sobbing. The emotional rollercoaster of a movie touched the hearts of people with Vikramaditya’s endless efforts to save his girl.


5. Don
Don stars Sivakarthikeyan and Priyanka Arul Mohan, and is available to stream on Netflix. The action-comedy by Cibi Chakaravarthi gained a lot of appreciation from the audiences. The film highlights the story of Chakaravarthi, played by Sivakarthikeyan who is desperately finding a way to his college. The film moves forward with the protagonist narrating the tales and experiences of his college life. The film keeps the audiences on the edge of their seats and maintains the suspense by taking its time to reveal the reason for Chakaravarthi’s desperation.


6. Bheeshma Parvam
Bheeshma Parvam, a ground-breaking film of the year, available on Hotstar is directed by Amal Neerad. The film stars Mammootty, Soubin Shahir and Sreenath Bhasi in significant roles. The story revolves around Michael, played by Mammootty who carries forward his powerful family in Kochi. The twists and turns unfolds with the young members of the family teaming up with the adversaries to take Michael down. The action-thriller received praises and was applauded by the audiences.


7. James
The film, now available on SonyLiv, was another smashing hit this year. James, starring Puneeth Rajkumar lived upto the expectations of the people with its grand screenplay and unique storyline. The film, directed by Chethan Kumar is about a manager, working in a security company named ‘WINGS’ who somehow gets involved with the bad guys of a crime syndicate.


8. Hridayam
Hridayam can be streamed on Hotstar. A romantic drama, directed by Vineeth Sreenivasan revolves around the story of Arun, played by Pranav Mohanlal and Nithya, played by Kalyani Priyadarshan. The film depicts Arun recollecting memories of his misspent youth. The film highlights how he matures as he goes through different phases of life. The emotional journey of Arun and Nithya touched the hearts of the audiences and earned massive success.


If you missed catching these megahits in the theaters, these films have been brought to you at your doorstep. You can just hit ‘play’ and experience the magic of these grand movies.