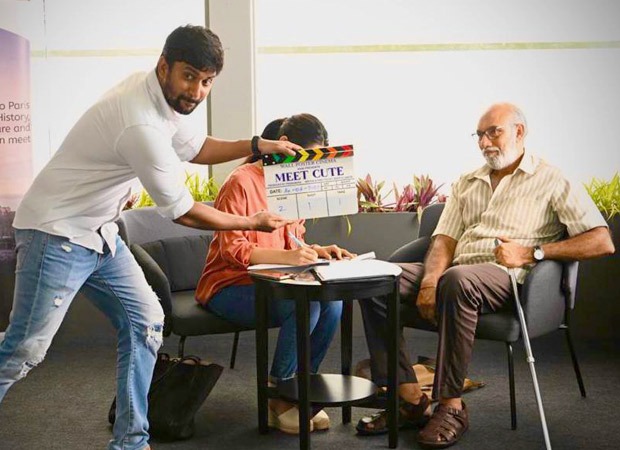 The production banner which has introduced talented directors like Prashanth Varma and Sailesh Kolanu, introduces another debutante Deepthi Ghanta as director. The film Meet Cute, billed to be another intriguing project, has been launched today.

Nani sounded the clapboard on Satyaraj for the muhurtham shot.

The crazy multi-starrer movie will be dominated by a female cast, as the makers will be roping in popular actresses to star in it. Vasanth Kumar handles cinematography, while Vijay Bulganin is the music director. Avinash Kolla and Garry BH will handle the art and editing departments respectively. The lead cast and other details of the movie will be revealed soon.