While the entire nation has been eagerly awaiting the release of the highly-anticipated film Major, it is equally a proud moment for the parents of the late Major Sandeep Unnikrishnan to watch the movie that traces the inspirational journey of their son, his bravery and sacrifice in the 26/11 Mumbai terror attacks. 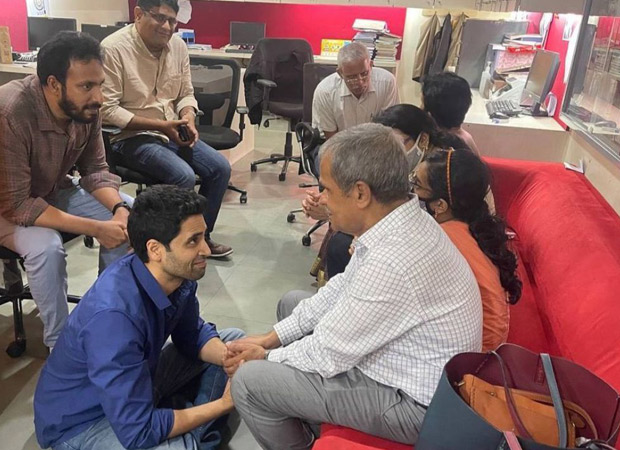 The movie that has been hugely appreciated by the audience, industry, and critics alike, has also won the hearts of the parents of the late Major Sandeep Unnikrishnan, who couldn’t stop raving about ‘Major’ scoring in all departments.

Praising Major, late Sandeep’s father K Unnikrishnan said, “It’s such a good reflection of what we have seen and suffered. It has made us forget all the bad memories. It’s a very well-made film (in Telugu and Hindi) and I must congratulate the entire team of Major through the bottom of my heart.”

“Sandeep fought for his country till his last breath and will always be a source of inspiration and motivation for millions of people across the globe. The entire team of ‘Major’ deserves good appreciation. The film scores in all the departments, be it acting, direction, sound, or editing. The movie team came to our house and copied all the photographs and projected it so well on-screen bringing back all the good memories we have had with Sandeep. I started my career in Hyderabad and lived here with Sandeep when he was posted here. Thank you to the entire team of ‘Major’” K Unnikrishnan adds.

Based on the life of Major Sandeep Unnikrishnan, the decorated NSG Commando who perished while saving dozens during the 26/11 attacks, actor Adivi Sesh portrays the titular role and was unanimously praised by fans and audiences for portraying the Major with utmost dignity and grace.