Adivi Sesh starrer biographical patriotic action-drama Major will hit the screens tomorrow on June 3. Inspired by real life events, the film will feature the story of Major Sandeep Unnikrishnan who lost his life in the 26/11 terrorist attack. While the music of the film will be something that suits the mood of the film, the makers decided to release yet another track from the album. 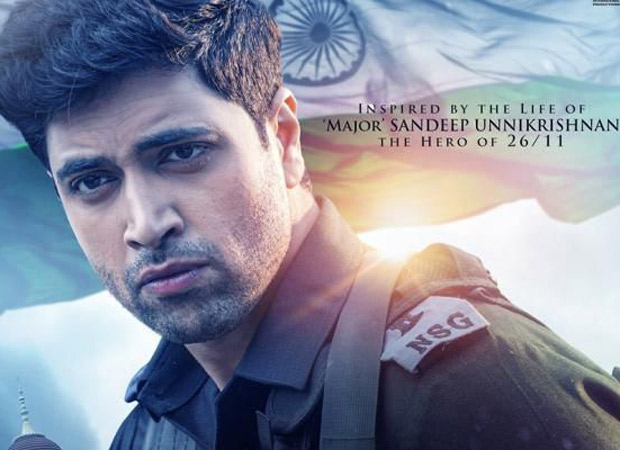 Sricharan Pakala, who impressed listeners with his melodious tunes for the film, has scored a stirring number. The third single ‘Jana Gana Mana’ has been released.

Speaking about the song, it gives an answer to a question- ‘What is it meant to be a soldier?’ During childhood, Sandeep Unnikrishnan sees navy’s exercise and that’s the first moment in his life that instigates him to serve the country. It then traces the braveheart’s journey in army to his heroics in the tragic incidents in Mumbai terrorists’ attack. Major’s reply to his dad’s question about soldier is thought-provoking. Tojan Toby has crooned the number, while Rajiv Bharadwaj provided lyrics.

A source close to the film said, “Every song tells one aspect of the movie and surely, the life journey of Major narrated in this song is very inspiring and at same time is emotional.”

Major talks about the life story of Major Sandeep Unnikrishnan who lost his life while trying to protect civilians and evacuating them. The film will star Adivi Sesh along with Saiee Manjrekar, Revathy, Prakash Raj and Sobhita Dhulipala in pivotal roles. It is slated to hit the big screens on June 4 and will be releasing in Tamil, Telugu, Kannada, Malayalam and Hindi languages.