The team of Vikrant Rona including Kichcha Sudeep, Jacqueline Fernandez, and Anup Bhandari, among many others released the Hindi version of its trailer in Mumbai on Thursday. To stand out with their release, they entered along with a flash mob, with a few people dressed like Kichcha Sudeep’s character and Jacqueline’s 'Ra Ra Rakkamma'. Both the stars were seen performing the hook steps of the song. 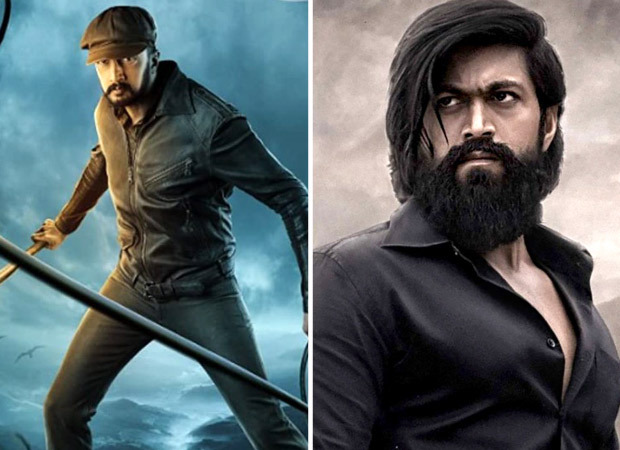 At the trailer launch of Vikrant Rona in Mumbai on Thursday, Sudeep was asked if his movie was also going to become a “Rs 1000 crore-club film" like Yash starrer KGF: Chapter 2. The actor wittily said, “I have seen a man who is driving one lakh rupee salary also very happy and I have seen someone (you) equally happy. If Rs. 1000 crore is what’s going to make a person happy I don’t know maybe I will do Rs. 2000 (crores) then. But if success is what going to make me happy I think you asking me this question is already making me a very successful man." This response was met with loud cheers from the audience.

While Salman Khan launched the trailer in Hindi, Dhanush launched it in Tamil, Dulquer Salman in Malayalam, Ram Charan in Telegu, and Kichcha Sudeep in Kannada.

Vikrant Rona will release worldwide in 3D on July 28, starring Kichcha Sudeep, directed by Anup Bhandari, also starring Jacqueline Fernandez, Nirup Bhandari, and Neetha Ashok is presented by Salman Khan Films, Zee Studios, and Kichcha Creatiions in North India produced by Jack Manjunath under his production Shalini Artss, and co-produced by Alankar Pandian of Invenio Origins the film. The film will be distributed in North India by PVR Pictures.

ALSO READ: EXCLUSIVE: “Will never give up my hope of working with Kajol” – Kichcha Sudeepa doesn’t want Twitter debate to affect his dream