Winning accolades and massive love for his sensational performance in KGF 1, Superstar Yash has created an unparalleled place for himself in the nation. His journey to superstardom is filled with a lot of hard work and passion, and his impactful portrayal of Rocky has broken all records, marking him to be the next superstar of the nation. 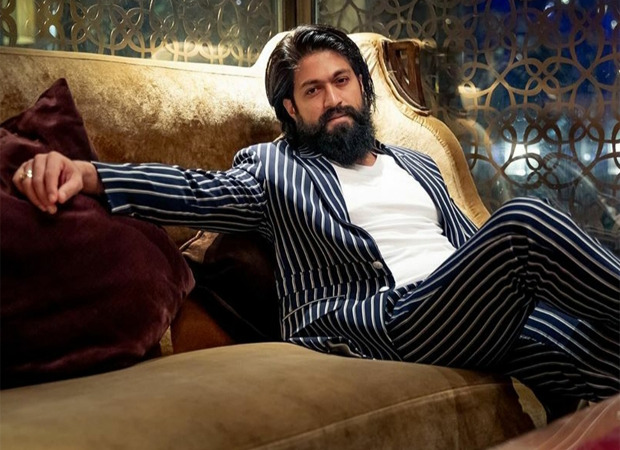 The anticipation of his next film, a sequel of KGF, KGF 2 has been on an all time high and fans are fervently waiting for the next chapter to enfold. Taking their excitement to the next level, Yash said that the second instalment of KGF will have a magnum opus appeal. He shares, “KGF 2 is going to be massive. If you’ve seen KGF 1, you’ll have an idea of what kind of movie it is—KGF 2 will be five-folds of KGF 1!”

Superstar Yash burns up the screen with his energy and performance that spikes out in all directions. Based on the story of redemption, KGF 1 depicts the storyline in a beautiful and grandeur way. The movie takes us through the world of gangsters.

Yash has ardently dedicated all his time to fine the character of Rocky and take it a notch higher, so much that for a 10 minute scene he stretched his training for 6 months.

K.G.F. Chapter 2 also stars actor Sanjay Dutt as the antagonist and it'll be interesting to watch these two stars sharing the screen space for the first time in the film. The movie will be hitting the screens in 2020, and we cannot miss Yash in action for he will blow our mind with his path breaking performance,

ALSO READ: Raveena Tandon says she is the hero and the villain in KGF: Chapter 2