The popularity of KGF star Yash has only been increasing with time. While fans are eagerly waiting for any announcement about KGF Chapter 3, Yash is busy keeping up his promise of getting Kannada cinema global recognition. After bonding with J. J. Perry at a target practice range in Los Angeles, the actor was recently spotted with British motorsports racing legend, Lewis Hamilton and obviously, the internet cannot keep calm about the superstar meeting these global icons. 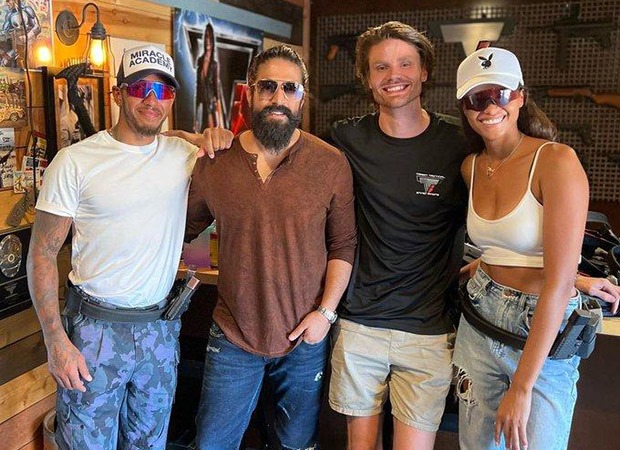 Speaking of KGF, the film created a nationwide history with Yash gaining stardom across the country for his portrayal of Rocky. The second instalment also featured Bollywood veterans like Sanjay Dutt and Raveena Tandon, who essayed key roles in the Kannada film. KGF Chapter 2 also released in other languages including other South languages and Hindi. Starring Srinidhi Shetty, the two part action entertainer is directed by Prashanth Neel and the second instalment released on April 14, 2022.

Also Read: KGF star Yash shares a video of him target practicing and his aim is bang-on!