Samantha Akkineini is currently shooting for the film Kaathuvaakula Rendu Kaadhal. The film also stars Nayanthara and Vijay Sethupathi and is directed by Vignesh Shivan. Samantha who is midway the shoot on Wednesday took to her Instagram handle to praise her costars and promised that the film will be a riot. 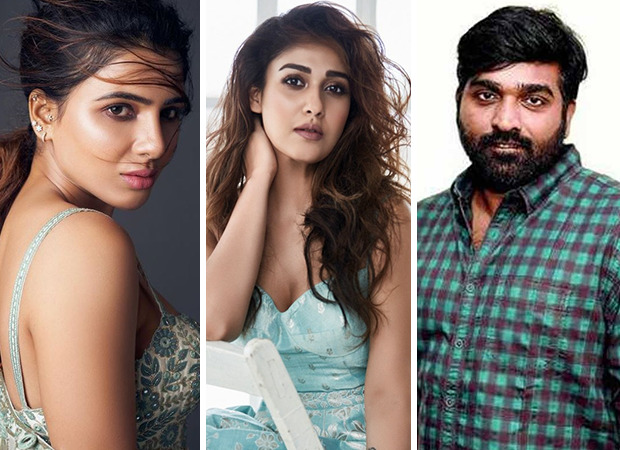 Samantha in her post said that she has completed two schedules of the film and that it was a dream to work with both Nayanthara and Vijay Sethupathi. “I’ve always wanted to work with the fierce #Nayantara and the mighty @actorvijaysethupathi .. so I can’t tell you how much of a ball I am having working with the both of them together #kaathuvaakularendukaadhal .. Midway through shoot and I can safely say this one is going to be a riot @wikkiofficial you rocking this party (sic),” she wrote.

Along with the write up, Samantha also shared a poster of the film, in which she and Nayanthara are seen standing on the other side of the gate facing away from the camera.

On the other hand, Vignesh Shivan took to his Twitter handle to share the same poster and said that they will be making an announcement on February 14. “Feb 14th announcement coming your way today #KaathuVaakulaRenduKaadhal Second schedule wrapped up neatly by God’s Grace @VijaySethuOffl #Nayanthara @Samanthaprabhu2 @anirudhofficial @sreekar_prasad @KVijayKartik @Rowdy_Pictures @7screenstudio (sic),” he tweeted.

Kaathuvaakula Rendu Kaadhal is touted to be a breezy romantic drama and brings Nayanthara and Samantha together on screen for the first time.

ALSO READ: Samantha Akkineni says her role in The Family Man 2 is her favourite till date