Earlier this year, popular South actors Arya and Sayyeshaa tied the knot with each other in a lavish ceremony attended by the bigwigs, family and friends. Sayyeshaa who has become quite popular down South, is expected to have signed another film with real life husband, titled Teddy after Kaappaan and the announcement of the same was made earlier this week. While the social media posts of both the actors are filled with their lovey-dovey posts, it will be interesting to see their chemistry on screen too. 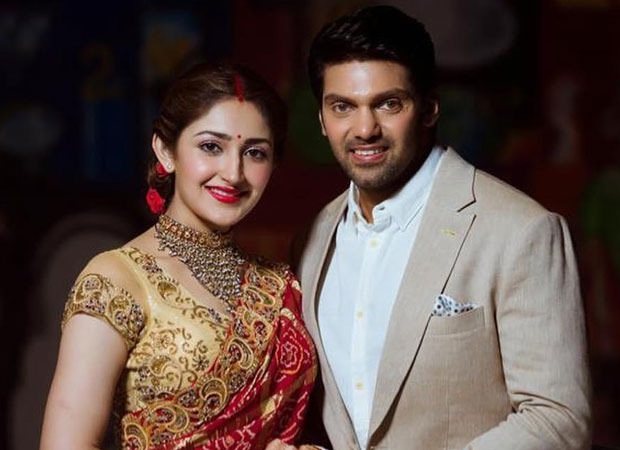 Speaking of the film titled Teddy, the film will be directed by Shakti Soundar Rajan and it will be produced by Studio Green. The music is expected to be composed by D. Immam. Although there has been no details on the film, an announcement launching the film was made recently wherein the entire cast and crew was in attendance. In fact, Sayyeshaa took to Twitter to share these pictures from the launch:

Besides them, Arya too took to Twitter to speak about the film. He too posted the said pictures with a special message:

With All your love and blessings #Teddy shooting begins ???????? Exciting Fun script by brother @ShaktiRajan ????Thanks to my youngest & cutest Producer #AadhanaGnanavelraja ???????????? we r gonna have a rocking film ????@sayyeshaa to play the non Teddy part ????????????@StudioGreen2 @proyuvraaj pic.twitter.com/s8mWd82BFu

Unlike Kaappaan, this film is supposed to feature the much-in-love and blissfully married real life couple opposite each other. Teddy is expected to be shot extensively in Chennai and also some parts of the picturesque Europe.

Also Read: Arya and Sayyeshaa Wedding – From Saira Banu to the groom and bride, everyone set the dance floor on fire at this star studded wedding [See photos and videos inside]