Malayalam film actor Tovino Thomas recently met Bollywood superstar Salman Khan in Mumbai. The Malayalam star who is currently in Mumbai for the promotional shoot of his upcoming Netflix film Minnal Murali was elated to spend some time with his inspiration. Tovino shared a picture with Salman Khan which seems to have been clicked at the SKF office. 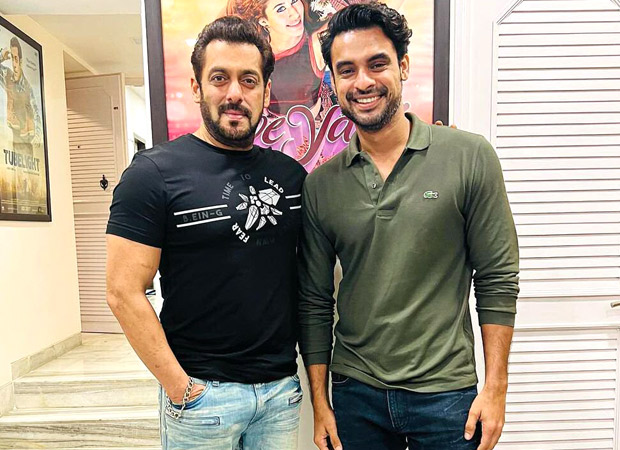 Sharing the picture, Tovino wrote, “Been an inspiration when it comes to building a commendable physique even before I started out my film career. But what amused me, meeting you Sir, is how you stay grounded, in spite of being one of India’s biggest superstars. So you are an inspiration when it comes to Humility as well, for me now !Extremely happy in having spent some quality time with you Sir! @beingsalmankhan. Big thanks to @drshajir , in making this meeting possible.”

Tovino Thomas is currently awaiting the release of his film Minnal Murali, in which he plays the role of a superhero who discovers new powers in him after he is struck by lightning. Directed by Basil Joseph, the film will be released in multiple languages on December 24 on Netflix.

Salman Khan, on the other hand, is awaiting the release of Antim: The Final Truth in which he will be seen locking horns with Aayush Sharma.

ALSO READ: Tovino Thomas becomes a superhuman after being struck by lightning in entertaining trailer of Minnal Murali