Actress Hansika Motwani is all set to tie the knot with her fiancé Sohael Khaturiya on December 4 in Jaipur. The couple kickstarted their wedding celebrations with a Mata Ki Chowki ceremony, which was held in Mumbai, last week. Later, Hansika Motwani had a fun bachelorette trip with her girl gang, the actress was spotted yesterday at the airport with her mother and now the wedding ceremony has officially kickstarted and the photos from the actress’s mehendi ceremony are now doing rounds on social media. 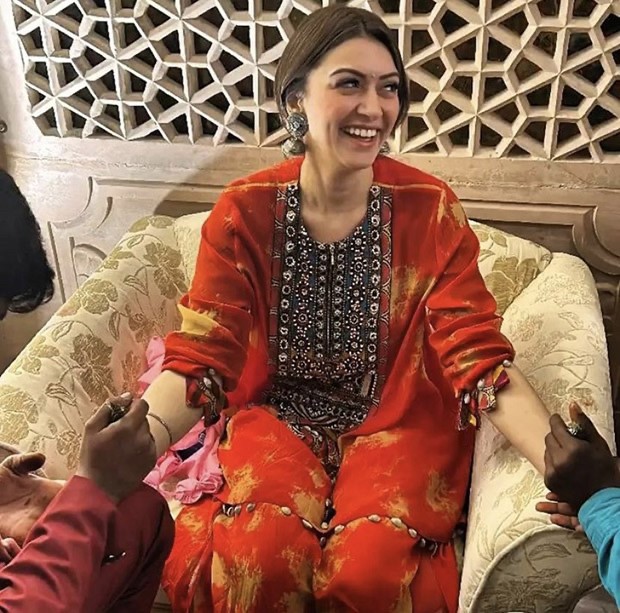 Hansika Motwani, a bride-to-be, appears ethereal in the images and videos that have been going viral on social media. For the event, which was a small gathering attended close friends and family, the Maha actress chose an orange and yellow tie-dye sharara set. With a statement silver jhumka, pink makeup, and a short ponytail, Hansika finished off her Mehendi look. We are in awe of Hansika's wedding radiance in the glimpses from the same that have been posted online. In one of the videos, which a fan account posted on Instagram on Friday, Hansika can be seen dancing while having mehendi applied to her leg. Sohael sat close to Hansika as she sat on a sofa. He seemingly asked her to show a few dance steps and she obliged. In addition to nodding, Sohael moved to the actor's beat. As the pair continued to giggle, Hansika motioned that she didn't know any further moves by shaking her head. 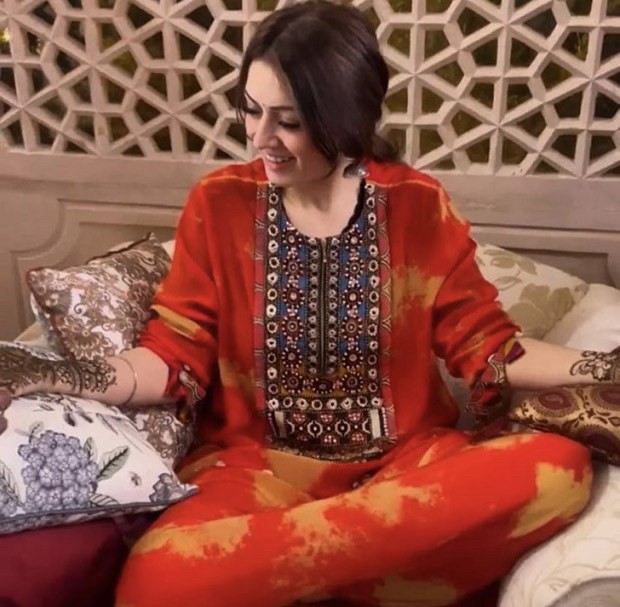 In another video, Hansika looked at her hands as a few people applied her mehendi. The actor smiled and struck poses while her friend was filming the moment. In a photo posted on Instagram by a fan account, Hansika grinned as she turned to face someone.

The actress's wedding will take place on Sunday evening at the 450-year-old Mundota Fort and Palace in Jaipur.

Also Read: Hansika Motwani sets new ‘Bachelorette goals’ with her latest video of having fun with her girls in Greece