Hansika Motwani who got popularity as a child artist is now a well-known actress in the South Indian cinema industry. She primarily appears in Kannada, Malayalam, and Telugu movies. She has landed some significant projects in the last few years and made a reputation for herself in the field. The actress is renowned for her performances as well as her incredible dressing sense. Her style never strays, whether it's for red carpet events or vacations. The most recent social media post from Hansika supports our contention that she definitely knows how to adorn ethnic outfits. 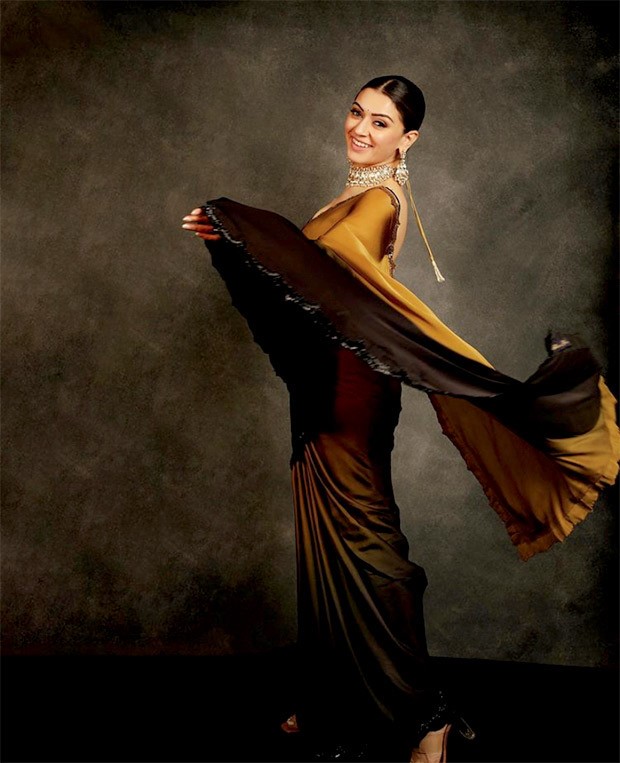 Hansika Motwani exudes royalty in stunning mustard black ombre saree worth Rs. 71,000 as she attends the audio launch of her film Maha

Hansika Motwani is currently juggling multiple projects across various industries, so she has a lot on her plate. She was spotted in Chennai during the music launch of her next movie Maha. In a double-shaded brown and black saree from the designer brand Sawan Gandhi, the actress looked stunning. Her satin mustard to black ombre saree comes with sequin work border. It was teamed up with a black sequined sleeveless blouse with a plunging neckline. Her saree is worth Rs. 71,000. 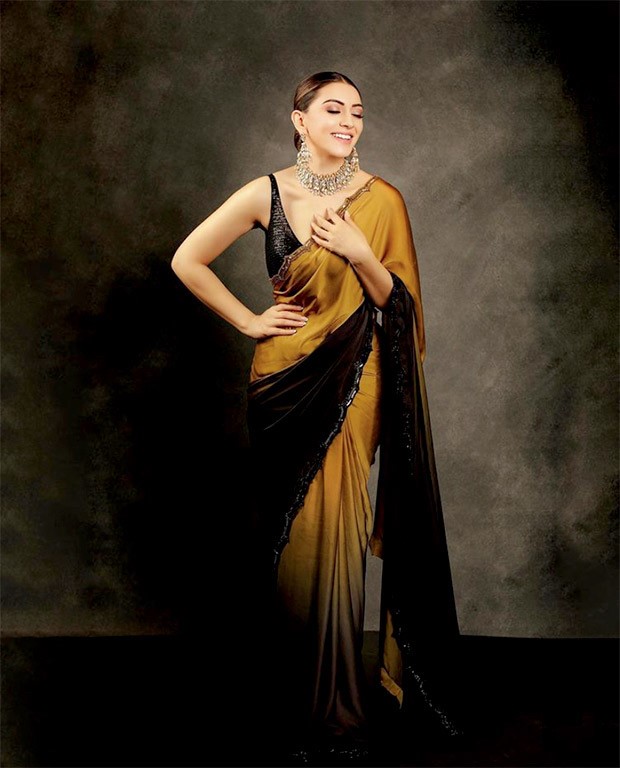 An accessory for the entire ensemble was a Polki necklace set from Jaipur Gems. Her hair was pulled back into a bun with a middle part. Hansika looked stunning with her mascara-coated eyelashes, contoured cheeks, nude lipstick, black eyeliner, and delicate bindi. 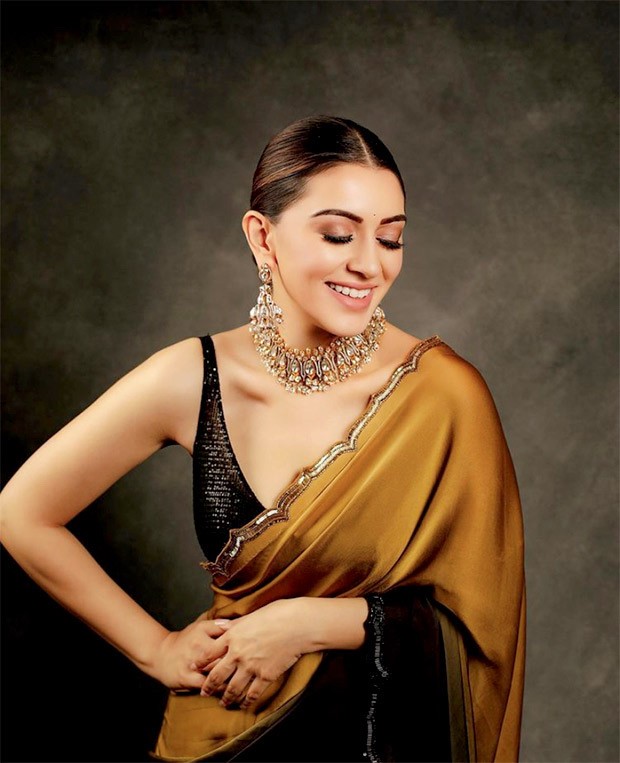 The actress' most last acting appearance was in the 2019 Telugu film Tenali Ramakrishna BA. BL. The upcoming film Rowdy Baby, directed by JM Raja Saravanan, would feature Hansika as the lead. She will also play the lead in the Tamil film Maha, which is directed by U R Jameel. Maha will be Hansika's 50th movie. On July 22, the movie is scheduled for release. In addition to this, she is cast as the lead in the Srinivas Omkar and Manoj Damodharan films Partner and My Name is Shruthi.

Also Read: Hansika Motwani raises the temperature in a sexy bright ruffled bikini during her vacation in the Maldives