As the release date is fast approaching, the makers of King Nagarjuna starrer The Ghost decided to add an interesting twist by releasing an action trailer of the film. After the theatrical trailer, the makers have dropped the release trailer earlier today. And just like the last one, the release trailer is a blend of all the commercial ingredients but primarily focuses on the action part. 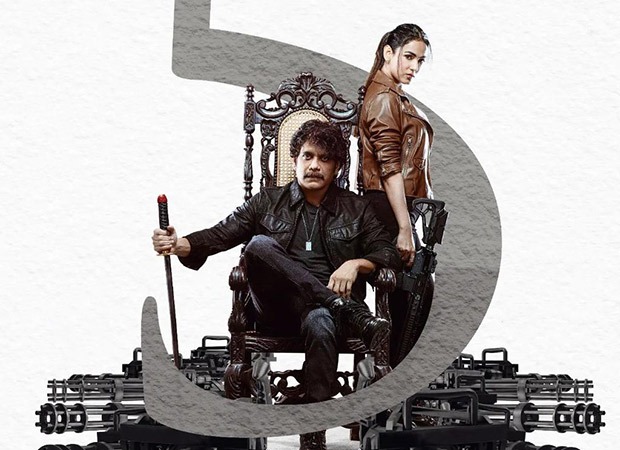 The Ghost: Makers of the Nagarjuna, Sonal Chauhan starrer release an action trailer

The initial action block gives enough elevation to Nagarjuna’s character as ‘The Ghost’. He says money and success make more enemies than happiness. Helmed by director Praveen Sattaru, Nagarjuna looks intense all through and he’s performed some deadly stunts. The actor’s character is seen taking the responsibility to safeguard his sister’s family from the underworld. The release trailer also showcases a small portion of almost every action block from the movie. A source close to the film spoke about this Nagarjuna starrer saying, “Director Praveen Sattaru aims at making stylish action thrillers and The Ghost will definitely be a full meal feast for action movie lovers. Of course, it does have interesting elements for families and youth.”

The film will feature Nagarjuna and Sonal Chauhan as Interpol officers whereas Gul Panag and Anikha Surendran will be seen as Nagarjuna’s sister and niece respectively. The film is produced by Suniel Narang, in association with Puskur Ram Mohan Rao, and Sharrath Marar under Sree Venkateshwara Cinemas LLP and Northstar Entertainment Banners. Bharath and Saurab duo scored songs of the movie. Mukesh G is the cinematographer and Brahma Kadali is the art director respectively. Dinesh Subbarayan and Kaecha choreographed the stunts. The Ghost will be hitting the cinemas on October 5 during the occasion of Dussehra.

Also Read: Sonal Chauhan shares a video of how she hurt her foot while shooting action scenes for The Ghost