GodFather starring Chiranjeevi and Salman Khan is gearing up for its grand release in Telugu and Hindi on the 5th of this month on Dussehra. The promotions are in full swing for the movie. Recently, the film’s Telugu trailer was unveiled to a humongous response. Today, they have released the Hindi trailer of the movie grandly in presence of Chiranjeevi, Salman Khan, Satya Dev and a few others in Mumbai. 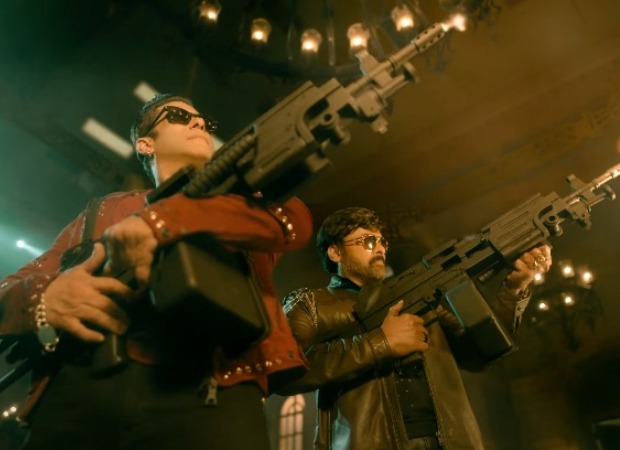 The trailer kicks off with the death of the Chief Minister of the state- PKR, resulting in a power struggle in his party and family. While his daughter (Nayanthara) is not interested, his son-in-law (Satya Dev), and a few others in the party are at the heart of a power grab. Brahma (Chiranjeevi), the trusted man of the fallen stalwart, is drawn into the murky affairs and is keen to keep greedy sharks at bay.

Chiranjeevi delivers a strong performance as Brahma as well as GodFather. Salman Khan’s aura on screen amplifies the punch moment. It’s an eye feast to watch them together. Nayanthara and Satya Dev are cool in their respective roles.

Nirav Shah is the cinematographer; S Thaman does the background score. The production design of Konidela Production Company and Super Good Films is first class.

Directed by Mohan Raja, the film arrives on October 5, 2022.