The dream magnum opus of Mani Ratnam, Ponniyin Selvan is all set to release in the next few months. Ahead of the release, the makers have opted for an interesting strategy as they release a new character look every day before launching the teaser. After launching the looks of Vikram, Karthi, Aishwarya Rai Bachchan, and Trisha, a few hours before the teaser launch, the makers released the final first look – that of the leading man Jayam Ravi as Ponniyin Selvan aka Raja Raja Chola. 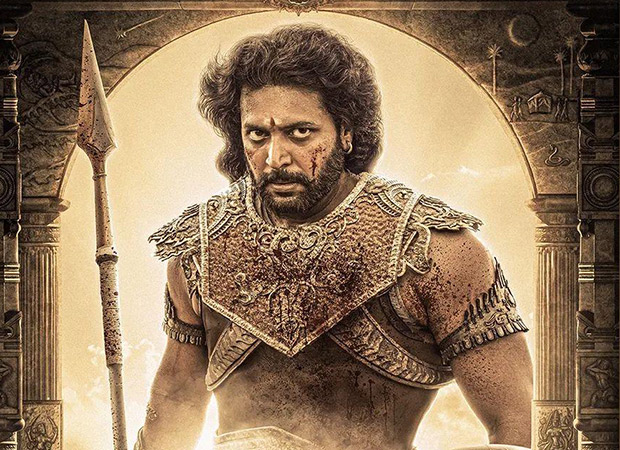 Lyca Productions, who have been taking to social media, to share the first look of each character, shared this final look earlier today along with the caption describing this powerful Prince saying, “Hail the Visionary Prince, the Architect of the Golden Era, the Great Raja Raja Chola… Introducing Ponniyin Selvan!”

With Vikram playing the role of Aditya Karikalan, Karthi as prince Vanthiyathevan, Aishwarya Rai Bachchan as Queen Nandini, and Trisha as Princess Kundavai.

Set in the 10th century, Ponniyin Selvan tracks the factional power struggles within the Chola empire, with enemies of the state acting as catalysts. The story is set in the tumultuous period before Ponniyin Selvan (son of River Kaveri), later known as Rajaraja Chola became one of the greatest emperors in Indian history ushering in a golden age.

Besides them, the film features a multi-starrer ensemble cast of R Parthiban, Sarath Kumar, Sobhita Dulipala, Jayaram, Prabhu, Prakash Raj, among others. Directed by Mani Ratnam, produced by Madras Talkies and Lyca Productions, the film will release in two parts. It is slated to release on September 30 in Tamil, Hindi, Telugu, Kannada, and Malayalam.