Last Updated 28.10.2021 | 4:54 PM IST
feedback language
follow us on
Bollywood Hungama » News » South Cinema » Director Hemanth Madhurkar shares how they found the perfect mansion for Nishabdham which is a key element of the film

Amazon Prime Video’s recently released Nishabdham has ticked all the boxes of a never-seen-before star cast and a good storyline. The suspense thriller has been appreciated and the beautiful mansion which also joins many of the dots for the story to proceed, has been loved by all. Director Hemanth Madhurkar shares the scouting process and how he finally found the perfect mansion. 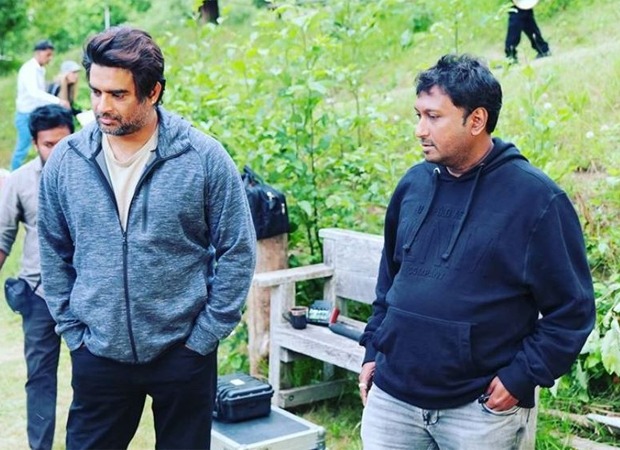 The director sharing his first reaction said, “One of my friend, she introduced me to a lady and she showed me the house and asked that if it's okay for Anushka's house. Once I entered the house, I was surprised and the house was filled with very beautiful antiques and paintings. It was a very creative house so I immediately told Anushka that I have found a house for you and do you want to come and have a look at it as this is your house in the film."

Adding more on how Anushka was impressed, the director tells, “When she entered the house, she was very surprised because the color patterns, the wall hangings and all the other things which were in the house were very creatively kept as Anushka would actually keep it in her house"

Ending it on a happy note on how Anushka enjoyed a chat with the owner, the director further adds, “Anushka then said that can you please call the owner once I would love to meet her. The old lady then came and Anushka and that lady sat for hours discussing their interests and likes."

The film is exclusively available on Amazon Prime Video and is a must watch for an intriguing plot. Nishabdham is directed by Hemanth Madhukar, and produced by TG Vishwa Prasad and stars Anushka Shetty, R Madhavan and Anjali in the lead roles. The film marks American actor Michael Madsen making his Indian film debut and also stars Shalini Pandey, Subbaraju and Srinivas Avasarala in pivotal roles.

ALSO READ: R Madhavan replies to fans who called his film Nishabdham a ‘blunder’ and ‘unconvincing’