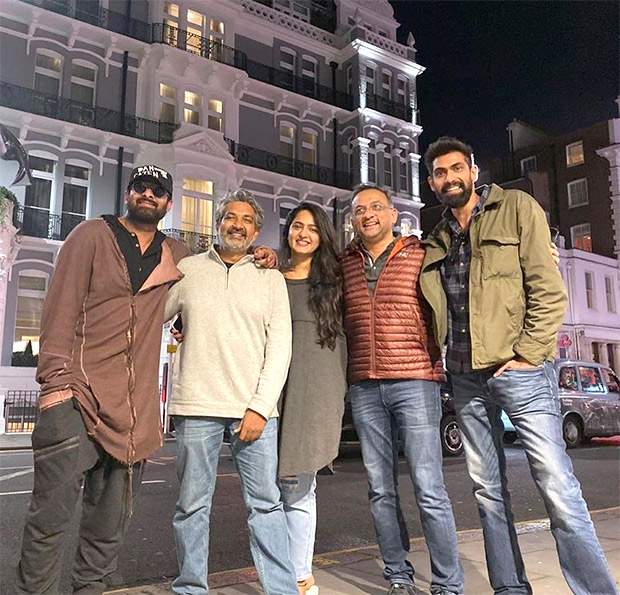 Now, the Baahubali team has reunited in London. SS Rajamouli, Prabhas, Anushka Shetty and Rana Daggubati will be attending the premiere show of composer MM Keeravani's background score which will be performed by the Royal Philarmonic Orchestra in London on October 19. Before that, they reunited and the picture is frameworthy. Rana Daggubati shared it on his Instagram and captioned it, "The best evening with the best people!! ❤️."

The best evening with the best people!! ❤️

Baahubali: The Beginning will be premiered in London at the prestigious Royal Albert Theatre on October 19.