Telugu actor Vijay Deverakonda of Arjun Reddy fame moved into a new house. The actor took to social media to share his moment of joy. He posted a family picture, in which he along with his parents and brother are seen in traditional attire for the housewarming pooja. 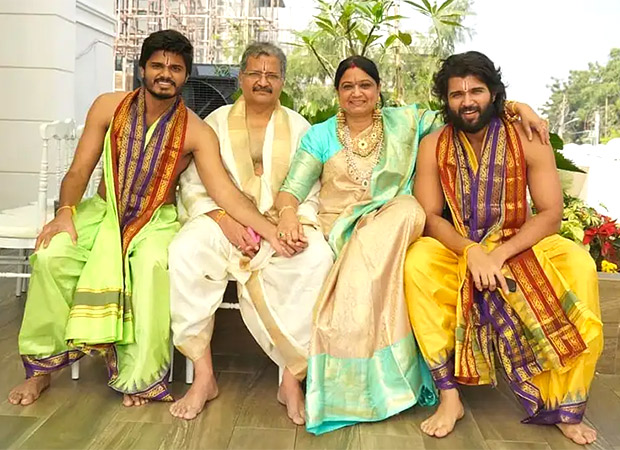 “I bought a house so big. It scares me. Now need mum to make us all feel safe. Make it home,” he wrote on Facebook. In a note on Instagram, he wrote, “Her happiness, His pride, Our new home! Sending you all lots of love from the 4 Deverakondas - you've all been a part of this journey with us.”

Her happiness ❤ His pride ???? Our new home! Sending you all lots of love from the 4 Deverakondas - you've all been a part of this journey with us ????

Vijay's brother Anand Deverakonda, too, took to Instagram to share a picture with his sibling and other relatives and friends.

A post shared by VIJAY DEVERAKONDA FANS CALICUT (@vijaydeverakonda.fans.calicut) on Nov 25, 2019 at 8:48am PST

Vijay Deverakonda became popular after he played the titular role in the Telugu film Arjun Reddy. While the film was a massive success at the box-office, the film got criticised after its Hindi remake released early this year.