Last Updated 05.07.2022 | 2:03 PM IST
feedback language
follow us on
Bollywood Hungama » News » South Cinema » Ajith Kumar takes off on a Europe trip and his passion for biking will truly leave you inspired

After Shahid Kapoor and Ishaan Khatter gave a glimpse of their Europe bike trip, yet another celebrity who has been exploring the continent on his bike is Ajith Kumar. The South superstar recently took off to the picturesque tour of the European countries on a powerful BMW bike and photos of the same surfaced online on Twitter and Instagram. 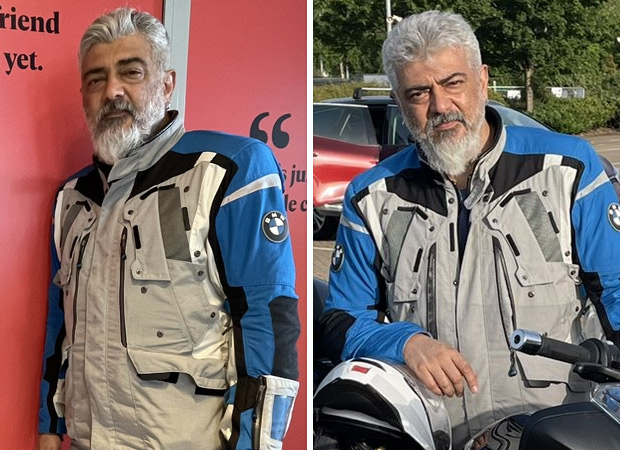 Entrepreneur Suprej Venkat, who seems to have taken off on the trip with Ajith Kumar shared photos of the superstar in his biking gear as he was seen posing with it. The businessman also shared a series of photos of them taking the bike in a UK/Euro tunnel train and posted it on Instagram. The said bike is a BMW R 1250 RT, which features a 1,254 cc, two-cylinder boxer engine with 4-valves per cylinder and variable valve timing and a top speed of 200 km/h.

Nothing exists except atoms and empty space; everything else is opinion #ak pic.twitter.com/49xjENqb7o

Speaking of his forthcoming venture, after his last Valimai, Ajith Kumar seems to have shed kilos for his next, AK 61. The yet to be titled film will be directed by H. Vinoth and will be produced by Boney Kapoor. The actor also has announced AK 62 which will be directed by Nayanthara’s husband Vignesh Shivan under Lyca Productions.

Also Read: Manju Warrier to star opposite Ajith in AK61