Shah Rukh Khan is all geared up for his next: Zero with Anushka Sharma and Katrina Kaif. He has collaborated with Aanand L Rai for the first time and both of them can’t help but wax lyrical about each other’s prowess as entertainers and human beings. Shah Rukh is totally in love with Aanand L Rai, and his Insta and Twitter posts claim the same. He is now busy with post production work as his banner Red Chillies is co-producing the film. 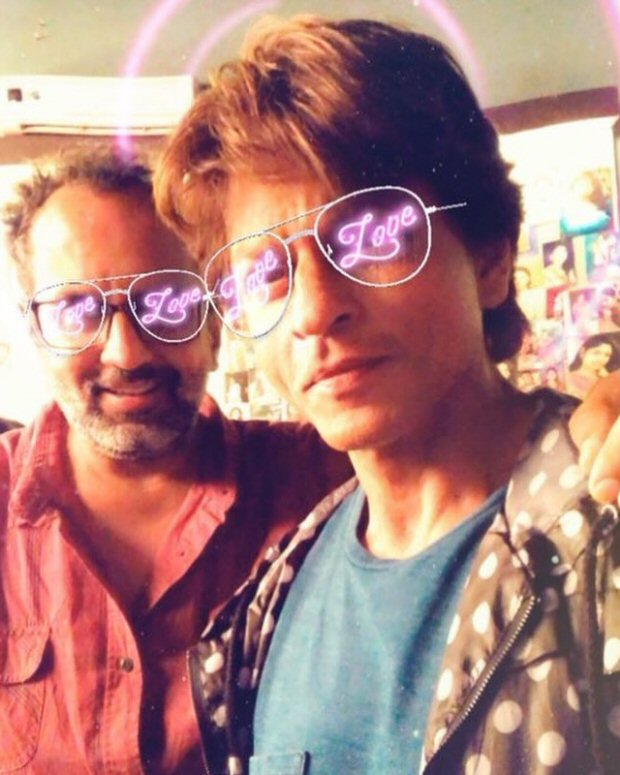 SRK is minutely looking into the editing and other details of the film and he had also posted a picture from the edit table of the film for his director. Recently, Rai spoke about his equation with Shah Rukh Khan and he could not help but be all praises for him. He said that his lead hero gave him a free hand with the movie and did not let the economics bother with the creativity. Now, that is the biggest compliment any producer has got, right?

He also confessed that he was totally FAN STRUCK by Shah Rukh Khan’s presence on the sets the first two days of the shoot but later SRK made him very comfortable they became brothers! Now, some charm Shah Rukh possesses that makes everyone his fan. He deserves to be called the ‘King Of Hearts’. Looks like both would love to collaborate with each other soon if their pet project Zero is well-received by masses. There is a lot of talk about the project since Shah Rukh will be seen in a never before seen dwarf avatar in the film. It also stars Anushka as the scientist and Katrina as his love interest in the movie.

Also Read: Inside deets out! Climax of Shah Rukh Khan starrer Zero being shot in THREE locations in Mumbai