Ever since Ranbir Kapoor and Alia Bhatt started filming Ayan Mukerji’s Brahmastra, their relationship rumours only grew and it turned out to be true. They keep making appearances together as well and often their social media PDA makes us swoon. Now, a year later, the couple is still going strong as Ranbir Kapoor visited Alia’s residence at midnight to ring her 26th birthday last week. Just last night, Ranbir Kapoor and Alia Bhatt attended the Zee Cine Awards where their dance performance left the audience wanting for more. 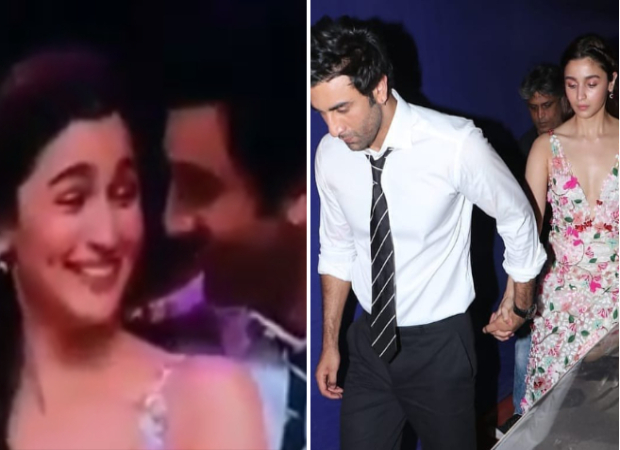 Ranbir Kapoor and Alia Bhatt were invited on stage as the host Vicky Kaushal and Kartik Aaryan wanted them to perform on 'Ishq Wala Love' from Student Of The Year. And their romance-filled performance was definitely swoon-worthy. Ranbir and Alia performed as he lifted her in his arms making the fans go gaga over it. The two of them looked so much in love.

Ranbir Kapoor took home the Best Actor Award for his portrayal of Sanjay Dutt in Sanju whereas Alia Bhatt bagged the Best Actress Viewers Choice Award for Raazi. Even they left together as RK held her hand while walking ahead as paparazzi caught the cute moment.

On the work front, Alia Bhatt will be seen in Ayan Mukerji’s Brahmastra soon which stars Ranbir Kapoor. The film is set for Christmas 2019 release.

ALSO READ: Ranbir Kapoor has a special BIRTHDAY SURPRISE for Alia Bhatt [Read the deets inside]