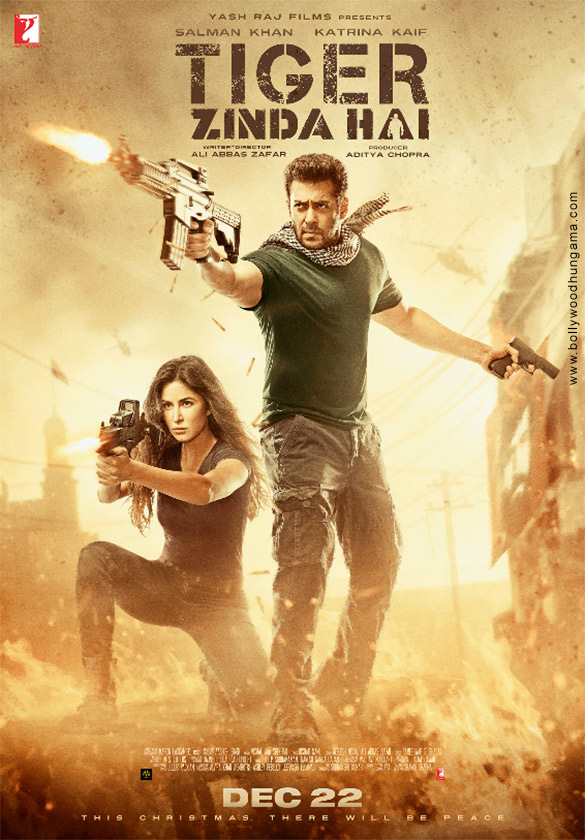 With just a few days from its release, the makers decided to release a brand new poster of Tiger Zinda Hai to build excitement around its release. The mega-action entertainer which is touted to be the most-awaited releases of the year, shows Salman Khan and Katrina Kaif as super-spies Tiger and Zoya, locked in a bloody fight against their enemies and by the look of it, the only option for them to win is to take the war to their nemesis.

The poster highlights the scale that Tiger Zinda Hai has to offer. With never-seen-before action sequences and death-defying stunts, the film will be a Christmas treat for the audiences. Directed by Ali Abbas Zafar, Tiger Zinda Hai is set to release this Friday.