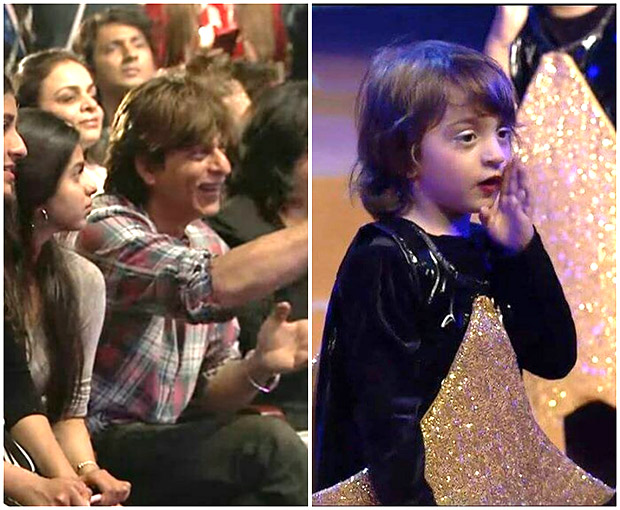 It was a star-studded affair at the Dhirubhai Ambani International School as it was their annual day. Many star parents attended the school annual day to see their kids perform on stage. One of the kids who turned performer was Shah Rukh Khan's tiny tot Abram Khan.

On Saturday night, Abram Khan turned a performer while dancing on daddy Shah Rukh Khan's song 'Yeh Tara Woh Tara' from his film Swades. We came across a video of the kid dancing with a bunch of his grade students and he looked absolutely adorable. Abram was seen wearing a velvet onesie with a golden star as he grooved to the song. Coincidentally, Swades completed 13 years on Sunday.

While the audience loved the performance, there was another video in which Shah Rukh Khan was seen enjoying the performance while Suhana Khan was seen grooving to its beats on seeing Abram's moves. Gauri Khan was also seen smiling while watching the show. Aryan had joined the family later in the night.