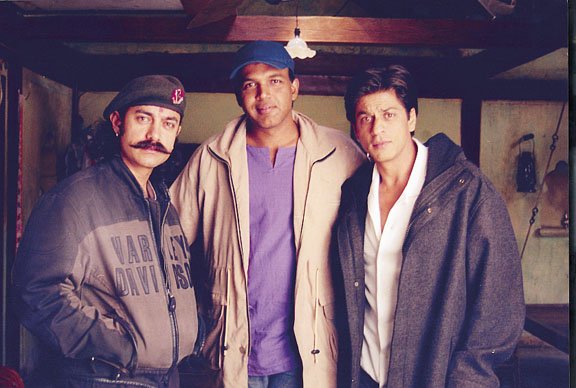 Back in the year 2004, we saw the release of the Shah Rukh Khan – Gayatri Joshi starrer Swades that was directed by none other than the maverick filmmaker Ashutosh Gowariker. In fact, the film received critical acclaim from the critics and audience alike with Shah Rukh Khan’s performance being termed as one of his best. Reliving the memories, the film’s director Ashutosh took to twitter reminiscing about the same.

Sharing a couple of throwback images from the muharat of Swades in 2004, Ashutosh Gowariker who completes a year of joining Twitter, reminisced about completing thirteen years of the film’s release posting, “Thank you for your immense LOVE and REMEMBERING #13YearsOfSwades. Here are a couple of really special UNRELEASED stills from the Mahurat Day! @aamir_khan @iamsrk #SunitaGowariker Also, my experience of #1YearOfTwitter has been EXCEPTIONAL!!” 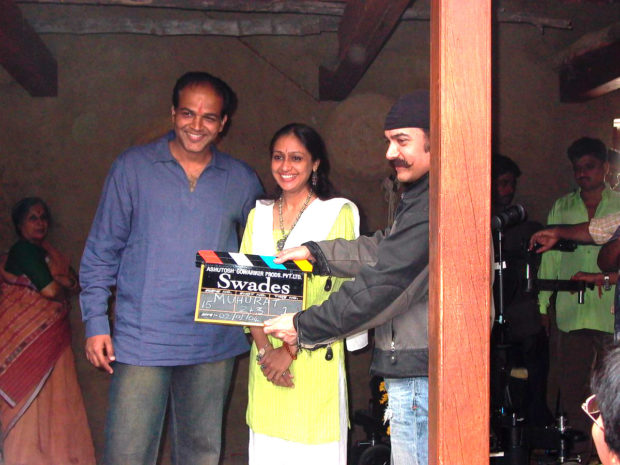 Interestingly, the images show Aamir Khan sporting his look from his film Mangal Pandey: The Rising, which the actor was then shooting. Aamir gave the mahurat clap for Swades as this was Ashutosh's very next film after Lagaan.

Currently on the film front, while Ashutosh Gowariker’s last Bollywood outing as a director was with the 2016 film Mohenjo Daro, Shah Rukh Khan will next be seen in Aanand L. Rai’s film that also stars Katrina Kaif and Anushka Sharma. Aamir Khan, on the other hand, who was recently seen in Secret Superstar is currently shooting for Yash Raj Film’s Thugs of Hindostan that will see him sharing screen space with Amitabh Bachchan and Katrina Kaif.