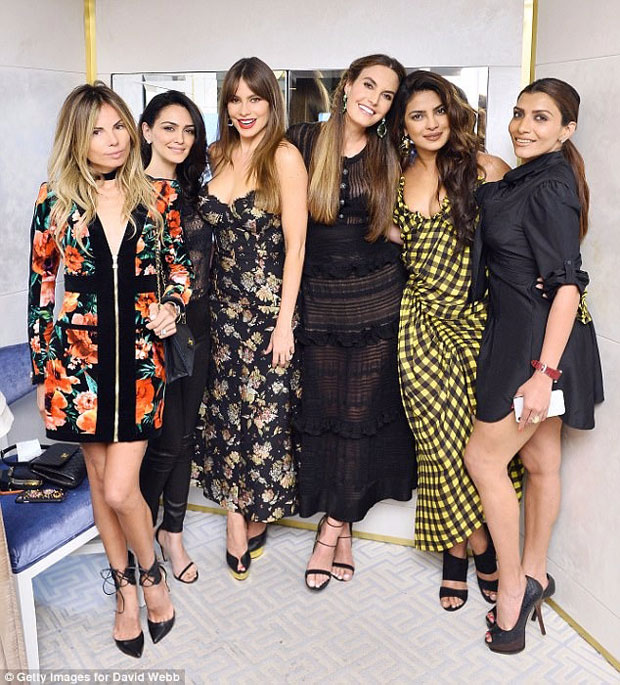 Priyanka Chopra certainly knows how to grab headlines. Be it for her in film look or for her never say die styling Priyanka is someone not just India but the world looks to in terms of making a statement. Well recently Priyanka Chopra made an appearance at the Stop Cancer event in Beverly Hills where she was accompanied by none other than Sofia Vergara. While the two were certainly complementing each other in looks and curves they definitely didn’t forget to have a blast.

Taking to Instagram to share an image of the evening Priyanka Chopra took the chance to reach out to Sofia talking about how much fun she is. Posting the image Priyanka added, “U are always so much warmth and happiness @sofiavergara lovely to see you again. #ladiaries”. 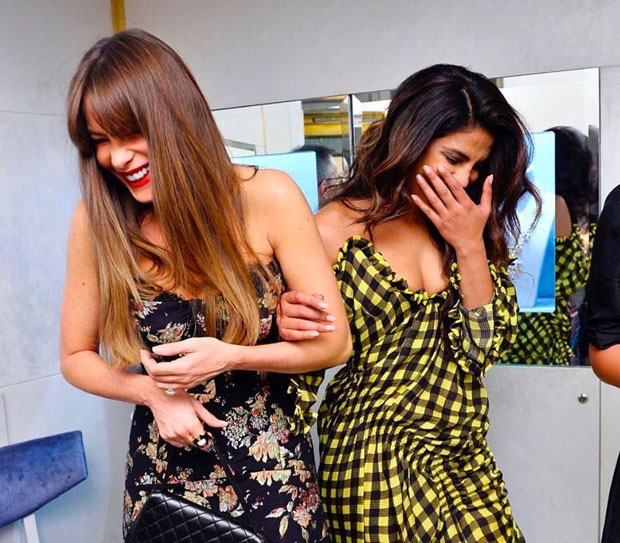 Talking of styling, Priyanka Chopra opted for lengthy chequerd gown ending just above the ankle with a thigh high slit. But what was interesting to note was the apparent bandage the actress had over her left knee, which begs the question whether she injured herself while shooting. 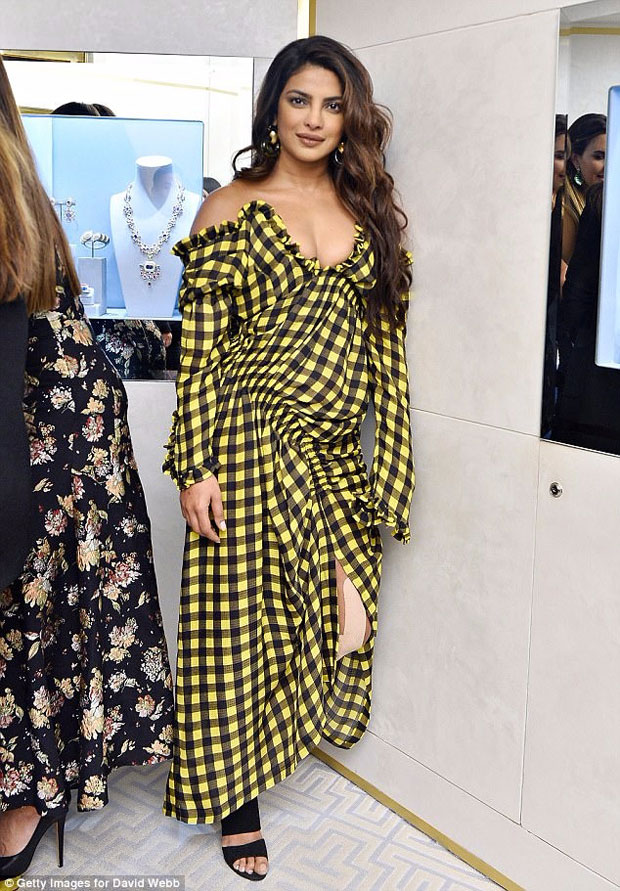 Post the gala that was hosted by David Webb, Priyanka Chopra was seen posing with Sofia for a photo session, and the duo couldn’t stop enjoying themselves. 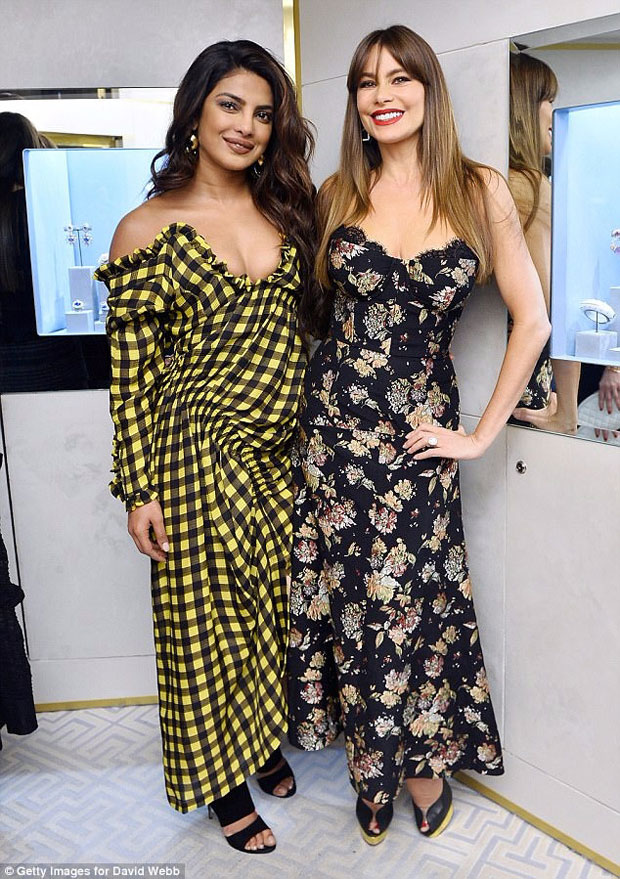 Back on the film front, apart from Quantico Priyanka Chopra will be seen in a romantic comedy Isn’t It Romantic. Starring Adam Devine, Liam Hemsworth and Rebel Wilson, it is slated to release on February 14, 2019. Besides this the actress apparently also has another film lined up.