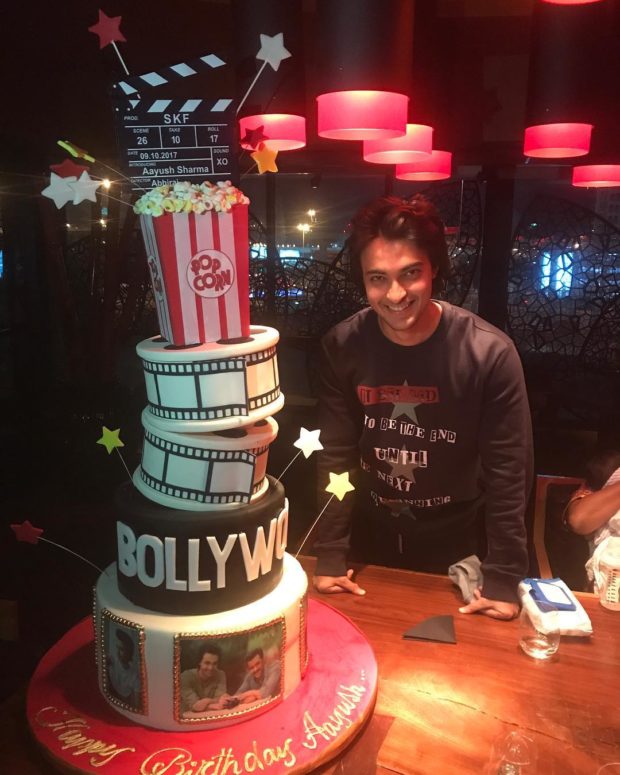 Earlier this month, it was reported that Arpita Khan Sharma’s husband Aayush Sharma would soon be seen making his Bollywood debut in a film that will be produced under brother-in-law law Salman Khan’s banner. Well quite recently, on October 11 more precisely, Aayush Sharma turned a year older. However the soon to be actor brought in his birthday on Diwali.

But it wasn’t the party that caught our attention, instead it was the five tiered birthday cake which featured film reels and popcorn that did, along with the heartfelt message Arpita posted for her husband. Taking to the image sharing website Instagram Arpita posted an image of Aayush standing near his birthday cake along with a message that read, “Happy Birthday @aaysharma may these coming years be filled with surprises, success, best of health, happiness, love & laughter. May you soar to heights & reach beyond the stars. May you shine brighter then the brightest star. Sky is not the limit as in life there are no limits, keep soaring, racing, working hard & excel in all that you decide to do. Dream today, tomorrow and forever as dreams do come true and turn into reality. Nothing is ever impossible. Believe in yourself. We love you very much Ahil & Me”. 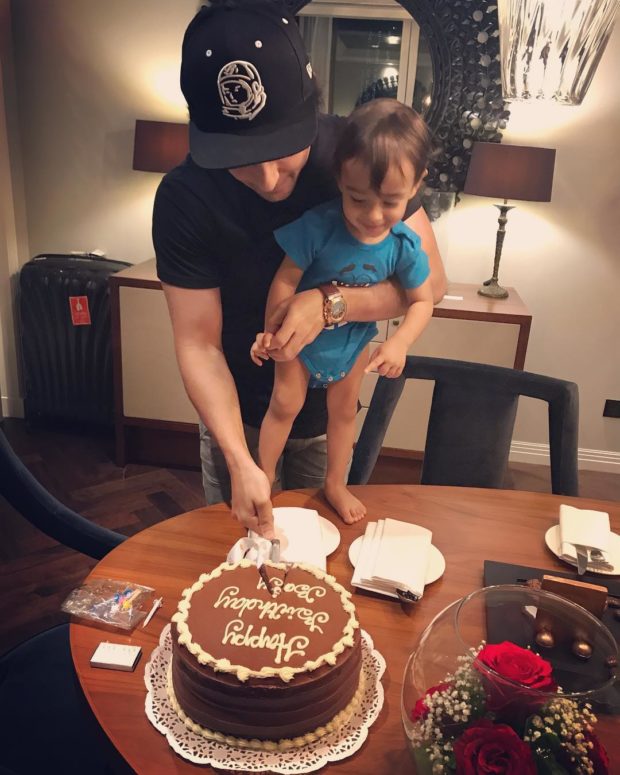 Later Arpita Khan shared another image of Aayush cutting a cake, this time a smaller one with Ahil in his arms. Sharing the image she added, “Ahils favourite part of birthday celebrations ?? @aaysharma”.

On the film front, Aayush will be seen making his debut that will be produced under Salman Khan’s home banner SKF [Salman Khan Films], and is said to be a love story set at the backdrop of Gujarat. While the shoot for the same will be kick starting early next year. The yet to be titled venture will be directed by Abhiraj Minawala  and is being readied for release in the second half of 2018.