Aamir Khan, who was last seen in Thugs Of Hindostan, represented India at the prestigious Hainan International Film Festival in Sanya, China on December 16. It was the closing ceremony which saw some of the biggest stars inluding Hollywood stars Johnny Depp, Mads Mikkelson and international star Jackie Chan. 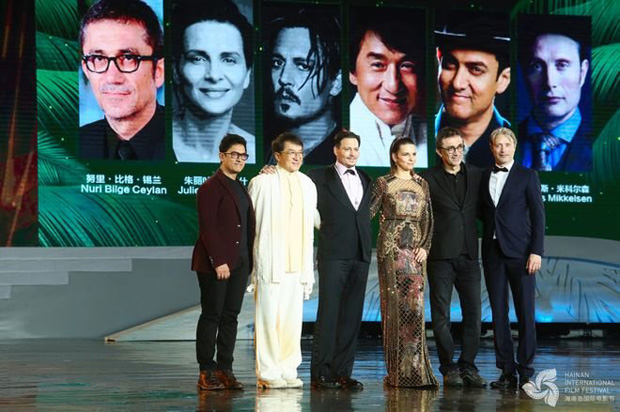 In one of the videos that has gone viral from the event, Aamir shared the dias with Jackie Chan as they made an announcement together.  In a couple of pictures, one can see Aamir sharing the stage with Johnny Depp, French actor Juliette Binoche, and Hannibal and Doctor Strange star Mads Mikkelsen. Turkish actor-director Nuri Bilge Ceylan was also present.

Aamir Khan is a superstar in India but has found massive success in China. His films Dangal and Secret Superstar have done tremendous collections at the China box office. 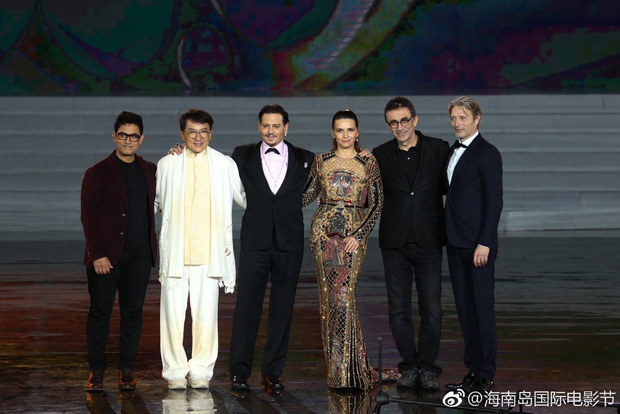 Meanwhile, on the work front, Aamir Khan will soon begin work on his next projects. He is reportedly doing magnum opus project, Mahabharat which will be seven part series.

Also Read : Why is Aamir Khan taking responsibility for THUGS OF HINDOSTAN failure?