Last Updated 11.08.2020 | 10:25 PM IST
feedback language
follow us on
Home » News » Bollywood Features News » Bollywood News Saaho – This romantic photo of Shraddha Kapoor and Prabhas gets LEAKED from the sets of the film!

The fact that Saaho has been in the news ever since its inception is a fact known to all! Considering that this film will be the next for Prabhas after Baahubali, the makers are leaving no stone unturned for the same. And what has been creating quite a bit of curiousity is also the fresh pairing of Prabhas with Bollywood actress Shraddha Kapoor. While fans were waiting to see them together in a photo or video, we got a glimpse of the same in this photo that was leaked online earlier in the day. 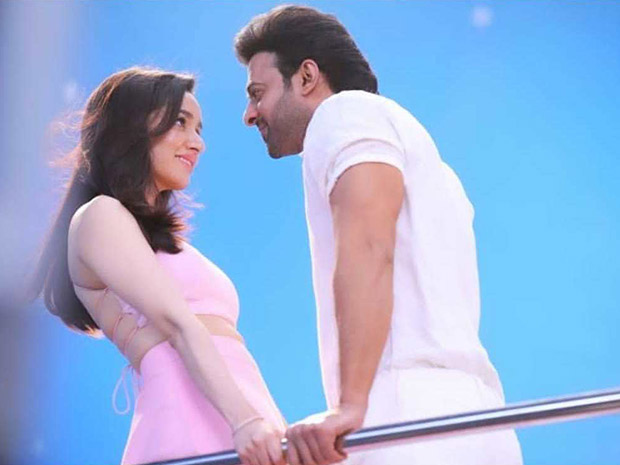 A romantic picture of Prabhas and Shraddha Kapoor looking into each other’s eyes started doing the rounds on social media earlier today. Fan clubs of the actress are going gaga over the picture and has been sharing the same on varied platforms including Instagram. The actress will be making her South debut with Saaho and while we have seen her action packed look from the film in the past, the picture features her in a much more demure girl avatar.

On the other hand, coming back to Saaho, the makers have released quite a bit of videos from the making as well as showcasing scenes from the film on the occasion of Prabhas and Shraddha Kapoor’s birthday. Directed by Sujeeth, it also stars Neil Nitin Mukesh, Mandira Bedi, Jackie Shroff, Chunky Pandey, and Mahesh Manjrekar amongst many other Bollywood stars.

When the multi-lingual film was announced, the makers had also asserted that this will be a grand film but will be different from the epic war drama Baahubali. Set in the contemporary generation, Saaho boasts of adrenaline pumping stunts which are choreographed by Hollywood stunt coordinator Kenny Bates. Releasing in Hindi, Tamil and Telugu, the film will hit the big screens on August 15.

Also Read: Here’s the diet Prabhas followed for his lean avatar in Saaho