Last Updated 26.09.2021 | 8:50 PM IST
feedback language
follow us on
Bollywood Hungama » News » Bollywood Features News » WOAH! Ranveer Singh was spotted in his new look and we wonder what it is for 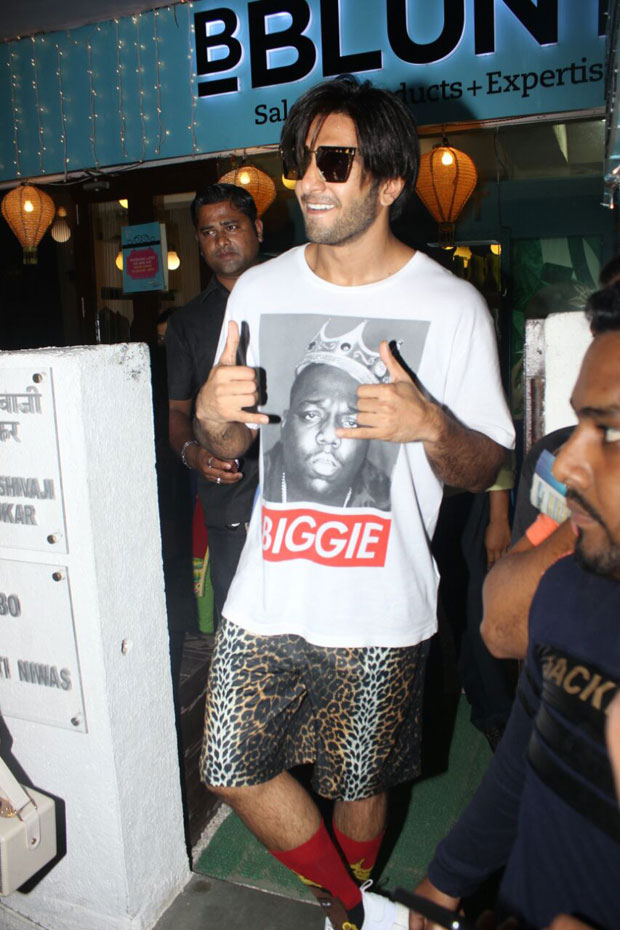 Leave it to Ranveer Singh to try out something altogether different and new, and yet manage not just to pull it off but to also come across someone meant to do it. Be dancing in the streets wearing a Krrish costume or for that matter wearing a skirt and pulling it off Ranveer Singh has done it all. More recently the actor, who will next be seen as Allaudin Khilji in Sanjay Leela Bhansali’s film Padmavati, has literally been the talk of the town thanks to his menacing look in the film. Though the film is still a long way from release, Ranveer was recently captured by shutter bugs in Khar sporting a new look. 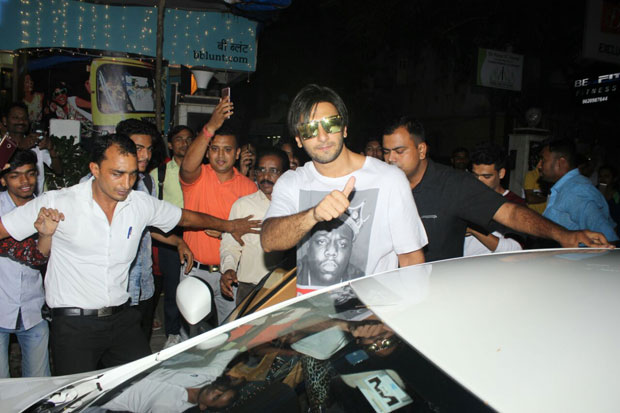 Ditching his long haired look and sunglasses, Ranveer Singh was snapped sporting cropped mane with rectangular sunnies and a biggie t-shirt and intriguingly matching socks. If that wasn’t enough the actor teamed up the tee and socks not just with white shoes but with a leopard print shorts! Well what can we say, like most of his looks, this one too has left us speechless.

Ranveer Singh even shared the process of getting his hair cut at a salon. He shared the before and after looks and captioned the video, “New me ! Voila !” 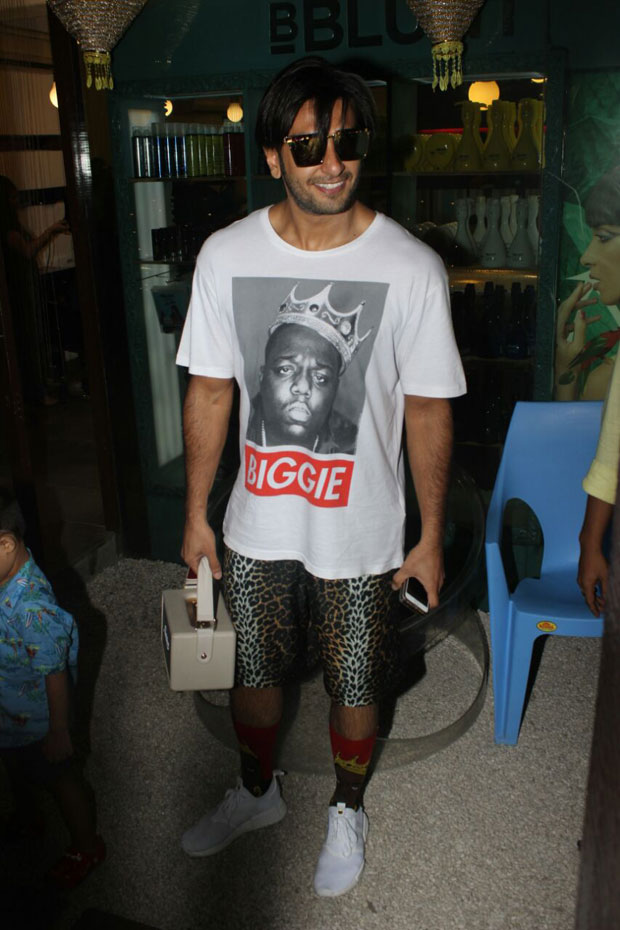 Back on the film front, Ranveer Singh will soon be seen alongside Shahid Kapoor and Deepika Padukone in the Sanjay Leela Bhansali directorial Padmavati that is slated to hit screens on December 1. Apart from this, the actor will also be seen in Zoya Akhtar’s Gully Boys followed by ’83, a film that is based on the 1983 Cricket World Cup which India won under the captaincy of Kapil Dev, in the film Ranveer will be seen essaying the role of Kapil Dev.