Who could have thought that someone’s debut will become a record breaking success in Bollywood? The feat was achieved by Rakesh Roshan’s handsome son Hrithik Roshan who swooned women and made everyone dance to the tunes of ‘Ae Mere Dil Tu Gaaye Jaa’ in Kaho Naa Pyaar Hai. And of course, how can you forget the innocent looks of Sonia who loved Rohit with all her heart and soul aka Ameesha Patel. So when these two actors met decades after they made their debut, it was no less than a picture perfect moment. 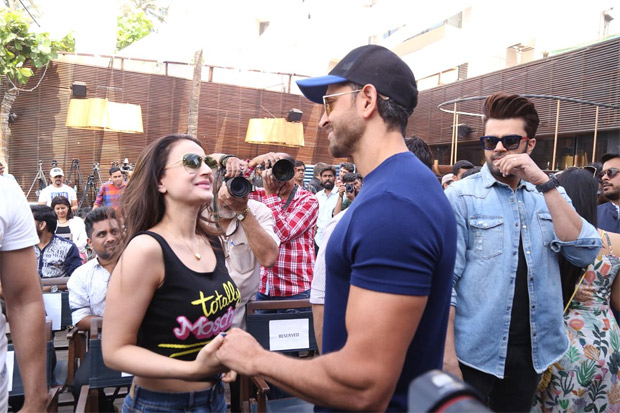 We are sure 90s kids across were absolutely thrilled to see this Kaho Naa Pyaar Hai reunion! While we didn’t see the two actors coming together on screen after this and a much forgettable Aap Mujhe Achhe Lagne Lage, it was definitely nostalgic to see them together at this event. The event in question was the muhurat of Vikram Phadnis’ next venture Smile Please after his debut Hrudayantar. The fashion designer, who has ventured into filmmaking, had the Bollywood brigade in attendance to extend their well wishes at this event. 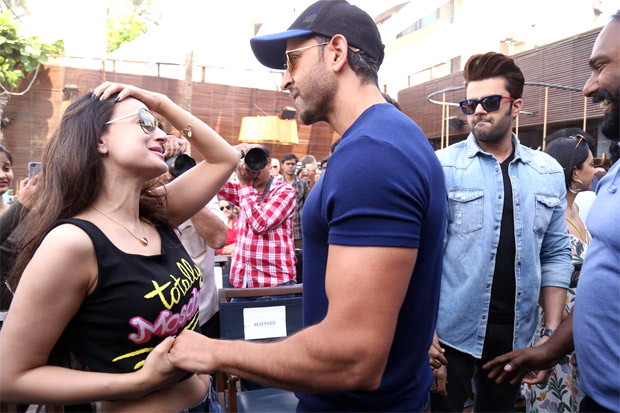 Speaking on the occasion, Hrithik said, "I had played a small role in Vikram's Hrudayantar. I know him as a genuine person and a great director. I am sure Smile Please will leave a smile on the viewers faces. My best wishes to the team." 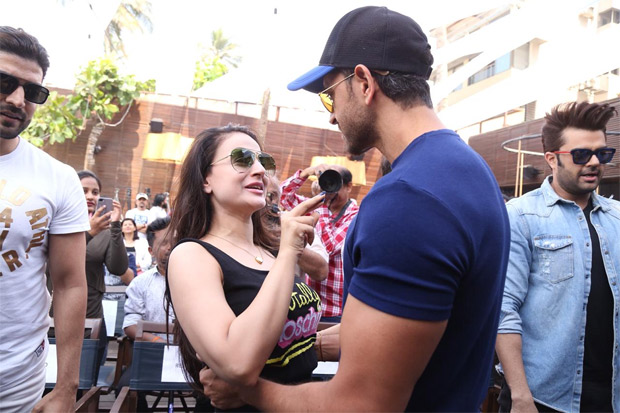 For the uninitiated, Kaho Naa Pyaar Hai released 19 years ago and the film featured Hrithik Roshan in a double role. While the film was initially offered Kareena Kapoor Khan who was supposed to make her debut opposite Hrithik, later it was offered to Ameesha Patel after the latter opted for Refugee as her debut alongside Abhishek Bachchan. Directed by Rakesh Roshan, the film remains to be a cult and was the biggest blockbuster that holds a record of bagging maximum awards in that year.