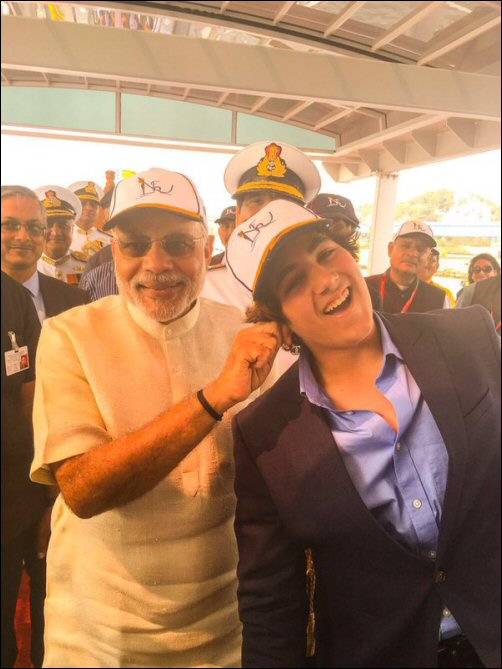 We all know and are well versed with the fact that Akshay Kumar and Twinkle Khanna are doting and caring parents. Any achievements of their children or any memorable moments

about them, the husband-wife duo will be the first to share on the social media platforms. Now, imagine that joy of 'papa' Akshay Kumar and 'mummy' Twinkle Khanna when their darling son Aarav met

none other than India's Prime Minister Narendra Modi at the International Fleet Review in Visakhapatnam and complimented him for being a good boy.


Soon, both, Akshay Kumar and Twinkle Khanna took to their respective twitter accounts to share this moment of joy when they met India's Prime Minister Narendra Modi, no less. While Akshay Kumar

posted an image of Narendra Modi 'pulling' Aarav's ears, he tweeted stating "Proud moment in a father's life, when the Prime Minister pulls your son's ear in jest & calls him a good boy ;)". On the

other hand, Twinkle Khanna tweeted stating "When a picture is truly worth a thousand words.. #BigMoment".