DELHI CRIME: SEASON 2 is the story of a police force solving a shocking, sensational case. 11 months have passed since DCP Vartika Chaturvedi (Shefali Shah) of Delhi South District and her team solved the brutal gang-rape case. Her daughter Chandni (Yashaswini Dayama) has moved to Toronto, Canada. Vartika is struggling to maintain cordial relations with her. On the other hand, Neeti Singh (Rasika Dugal) is now the ACP and she, too, is having a tough time juggling between doing her duties and spending time with her hubby Devinder (Aakash Dahiya). On the morning of November 16, 2013, they get the information that Rakesh Arora, his wife Romila Arora and their guests, the Menon's, have been brutally murdered in Arora’s palatial residence in the Greater Kailash area. Vartika is shocked to see the way the killers had literally butchered the senior citizens. The culprits also run away with cash and jewellery from the house. Thankfully for the cops, the house had several CCTV cameras through which they realize that a group of three men, wearing vests and shorts, are the killers. Bhupendra (Rajesh Tailang), who works under Vartika, reminds her that they seem to be a part of the ‘Kaccha Baniyan’ gang. It was a group of notorious criminals who used to similarly attack people and escape with their valuables. However, the gang was active in the 90s and was last seen in 2003. The murder case becomes trending news everywhere and moreover, the CCTV footage gets leaked to a news channel. Hence, the ‘Kaccha Baniyan’ gang connection spreads like wildfire. Vartika is admonished by her senior, Kumar Vijay (Adil Hussain), for the leak. While she and his team are busy solving the case and finding out who leaked the footage, a second murder takes place, in Saket. The media and Delhi residents criticize the police for not keeping the city safe. Kumar Vijay asks Vartika to bring on board Viren Chaddha (Kuldeep Sareen), an ex-SHO from Patel Nagar Police Station, who has had many years of experience dealing with the ‘Kaccha Baniyan’ gang members. Viren is extremely prejudiced towards the DNTs (denotified tribes), who was a part of this profession. He advises Vartika that tribals with past criminal records reside in Shahdara. He’s confident that those behind the killings are from this locality of Delhi. A huge team of Delhi Police raids Shahdara and rounds up hundreds of men and women. It is now the responsibility of the police to find out who among them must have committed the crimes. What happens next forms the rest of the web series. 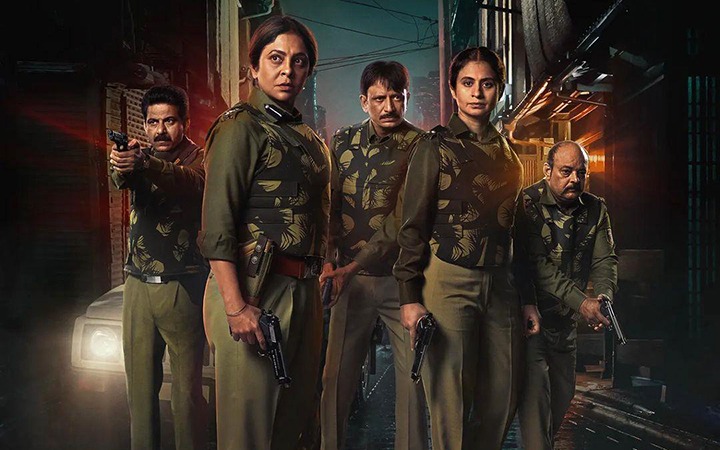 Tanuj Chopra's direction is first-rate. He had a challenging task at hand since the first season of DELHI CRIME had made waves not just in India but also internationally. After the Emmy awards win, the expectations from the second season obviously went sky high. On most fronts, Tanuj succeeds as he keeps viewers hooked on to the goings-on. The investigation in the first episode is well executed and also the pressures that the cops face. The show then drops in the second season but picks from the third episode onwards, especially once the track of the killers commences. The cat-and-mouse chase between the cops and the culprits is engaging. A few more aspects also work. The family tracks of Vartika, Neeti and Bhupendra are quite good, especially that of Neeti. The creators make sure that they don’t focus too much on this track and yet, they give it enough screen time to make it memorable. Secondly, the bond shared by Vartika and Bhupendra is the most beautiful part of the show. The way they understand and are always standing rock solid for each other is heart-warming. Lastly, the comment made on the DNTs and haves vs have-nots is praiseworthy.

On the flipside, the first season was inspired by the 2012 Delhi gang rape case. It is an unforgettable episode for the country and moreover, the case also involved the culprits running away to different places after committing the crime. How the cops catch them formed an important part of the story. In the case of DELHI CRIME: SEASON 2, the viewers might get a feeling that the season ended too soon. While part 1 was nearly 6 hours long and had 7 episodes, the second season consists of just five episodes and is around 3.40 hours long. As a result, viewers might feel short changed as they are not used to seeing highly awaited web series of shorter lengths. Secondly, a few developments are unconvincing. It is bewildering why the cops didn’t try tracing the call of the last culprit when they did the same for another culprit, named Guddu. 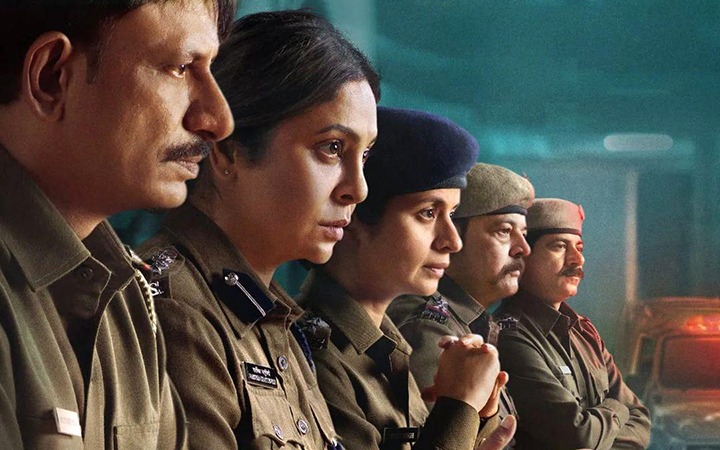 DELHI CRIME: SEASON 2 is embellished with some fine performances. Shefali Shah is terrific and the way she plays her part with perfection is seen to be believed. It’s also a significant month for her as just a few weeks ago, we saw her in yet another memorable performance in DARLINGS, which coincidentally also premiered on Netflix. Rasika Dugal has less screen time as compared to season 1 but leaves a huge mark. The way she struggles between her personal and professional life is very relatable. Rajesh Tailang is adorable and gives a natural performance. Kuldeep Sareen is the surprise of this season. The same goes for Tillotama Shome (Karishma); her track adds a lot of weightage. Anurag Arora (Inspector Jairaj), Sidharth Bhardwaj (Inspector Subhash) and Gopal Datt (Inspector Sudhir) are dependable. Aakash Dahiya is fine. Yashaswini Dayama, Adil Hussain and Denzil Smith don’t get much scope. Jatin Goswami, Vyom Yadav and Ankit Sharma are fair.

Ceiri Torjussen's music is subtle but enhances the impact. David Bolen's cinematography is of international standards. The locales of the capital city are very well shot. Aakash Gautam's production design is straight out of life. Darshan Jalan's costumes are realistic. Antara Lahiri, Parikshhit Jha and Manas Mittal's editing is slick but could have been sharper in a few places.

On the whole, DELHI CRIME: SEASON 2 is not as legendary as the first season but nevertheless, it’s worth watching for its taut script, gripping execution no-nonsense approach and award-winning performances. It is sure to become one of the most watched web series of 2022.