Mika Singh, Sunny Leone, Toshi Sabri, and Sharib Sabri will be gracing the sets of The Kapil Sharma Show to promote the new song 'Panghat'. In a new promo video, Mika is seen singing 'Gandi Baat' on stage while emcee Kapil Sharma danced. 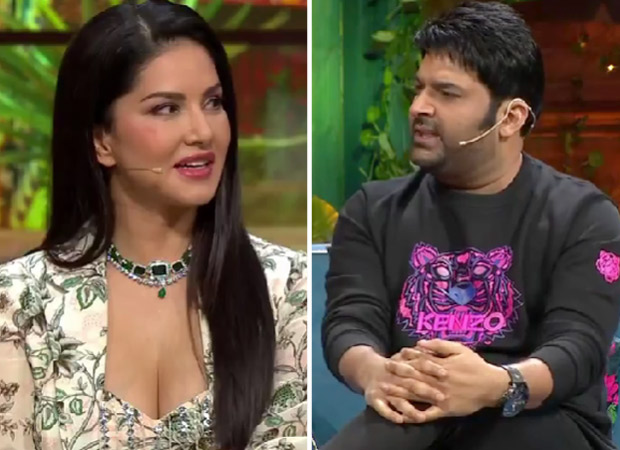 Sunny's professionalism was lauded by Mika, who described himself as a "big fan." “Jab inke saath maine world tour kiya tha, ek percent bhi inke andar koi nakhra ya attitude wali baat nahi thi. Punctual thi humesha, 7 o’clock sharp yeh show pe pohochti thi (When I went on a global tour with her, I saw she didn't throw tantrums or have a celebrity attitude. She was always on time and would arrive for the show at 7 p.m.)," he added.

Sunny made a joke about many celebs' tendency of arriving late on set. “Sirf main hi iss industry mein buddhu hoon ki main time pe aati hoon (Because I am punctual, I am the lone fool in this field.)"

Mika's single status became fuel for jokes as well. Sunny laughed when Kapil questioned about it and predicted that he will marry next year.

Toshi said that he seriously asked Mika to get married a couple of times and revealed the following conversation: “Bhai bolte hai, ‘Oye, abhi tu mere ghar mein kaise aata hai? Ghanti bajata hai?’ Maine kaha nahi. ‘Seedha andar aata hai na? Shaadi kar lunga toh aa nahi payega’ (He asked, 'How are you going to get into my house now?') Do you know how to ring the doorbell?' No, I said. 'You came straight inside, right?' he asked. You won't be able to do that once I get married.')

Kapil is also preparing for the premiere of 'I'm Not Done Yet', his Netflix stand-up special. The show will premiere on January 28.