One of the most loved actresses of Bollywood, Shraddha Kapoor had a working birthday this year. From cutting a cake in London to spending time with close ones, Shraddha Kapoor had an eventful birthday with multiple celebrations. Shraddha rang in the birthday celebrations mid-air in the flight as she was flying back to Mumbai from London where she was shooting for the first schedule of Street Dancer 3D. Shraddha's team along with the flight crew celebrated by cutting the cake in flight. 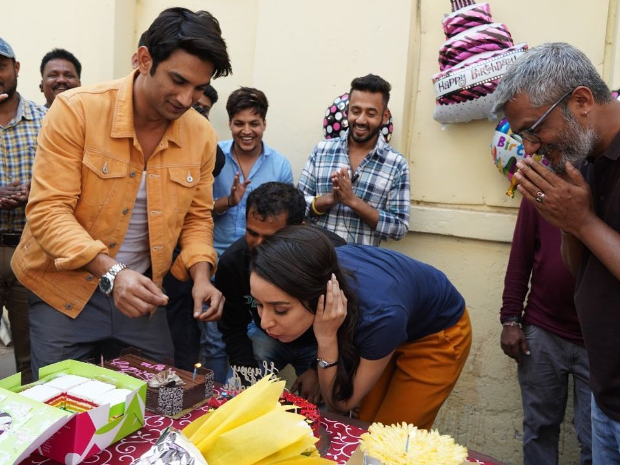 When the actress landed in Mumbai early morning, her fans surprised the actress with cake at the airport. Straight from the airport, the actress headed to the sets of Chhichhore and not her home. The actress has been hopping from one set to another and just constantly working without a break. The film crew celebrated the birthday of Shraddha by cutting cake on the sets along with the team. A couple of photos and video saw Shraddha cutting the cake with her co-star Sushant Singh Rajput and team members singing the birthday song. 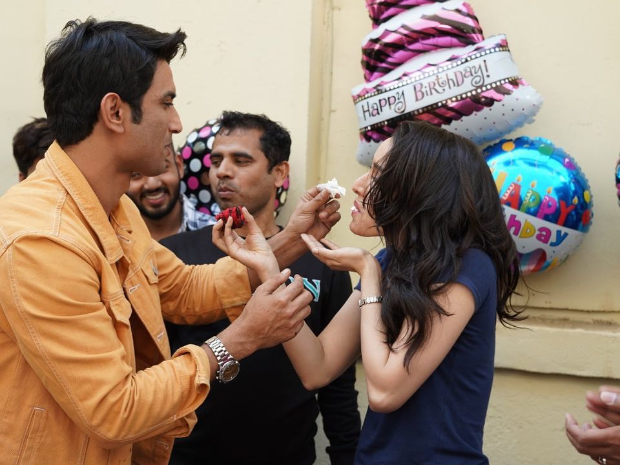 After finishing the shoot, Shraddha headed home and in huge numbers, her fans were waiting for their favourite actress to wish her. The actress met her fans and greeted them. Later, Shraddha spent quality time with her family and close friends, ending her special day with family dinner.

The actor also got a special birthday treat as the makers of Saaho released a behind-the-scenes video showing her in action mode. Titled Shades of Saaho Chapter 2, the video gave the viewers an insight into the making of the film besides showing them a glimpse of her and co-star Prabhas’ look.

The diva, who has given many versatile performances throughout her career, has a lot of projects lined up in her kitty. Shraddha Kapoor has an interesting line up ahead with Saaho, Chhicchore, and Street Dancer 3D which are set to be released in 2019. She will soon begin work on recently announced Baaghi 3.

A post shared by Nadiadwala Grandson (@nadiadwalagrandson) on Mar 3, 2019 at 4:26am PST