Kartik Aaryan has surprised his fans yet again with his recent release Luka Chuppi. The film has done good business at the box-office in its opening weekend and the footfalls are increasing in cinema halls. The man of the hour, Kartik Aaryan took to his Instagram account to thank his well-wishers and fans. 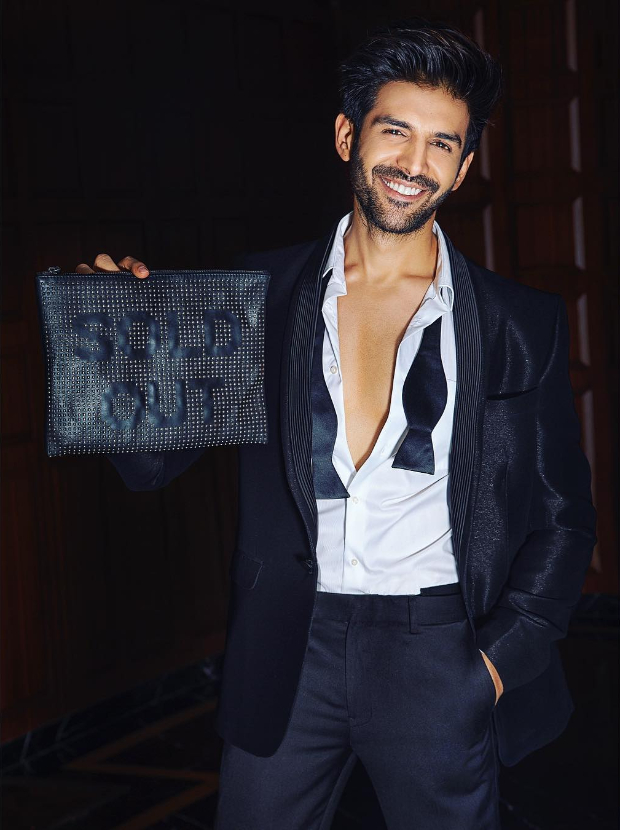 Kartik Aaryan posted a picture where he’s seen carrying a pluck-card saying Sold Out and his caption reads, ‘Thank you for giving me my best weekend. #SoldOut. I tried to do something new post Sonu and the amount of love that has been showered upon the film and Guddu is unreal… Thank you for accepting #Guddu. Keep watching #LukaChuppi Saparivaar."

After playing a series of bro-mantic roles, this is the first time Kartik Aaryan plays a romantic hero. The actor has added his own quirks and touch to the character and has truly made Guddu enjoyable and worth a second watch.

Taking this romantic-hero persona ahead on the big screen, Kartik Aaryan will be playing the lead in Imtiaz Ali’s next outing which will see him opposite Sara Ali Khan. The actor has already started shooting for his next Pati Patni Aur Woh as well. It seems like the actor is ready for yet another interesting characters in his next slate of films.