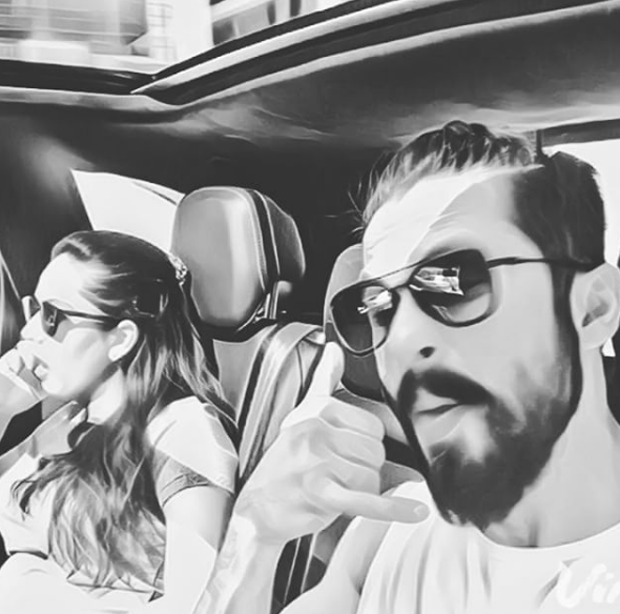 Shahid Kapoor and Mira Rajput are one of the most adorable couples in the film industry now. They duo even made their first TV appearance together on Karan Johar's Koffee with Karan.

Shahid Kapoor is quite social media friendly and loves to share moments with his wife. He recently shared a boomerang video imitating his wife while she was busy on the phone. He captioned the hilarious video, "#marriedtothephone".

On the work front, Shahid Kapoor gearing up for the release of his first film in 2015 titled Rangoon. Directed by Vishal Bhardwaj, the film also stars Kangna Ranaut and Saif Ali Khan and is slated to release on February 24.