Shah Rukh Khan and the team of Zero have been in the United States for over a month completing the shooting of Aanand L Rai's Zero. Just last week, they finally wrapped up the shoot in Orlando. SRK made his way back to Mumbai this past weekend at the wee hours. After the overseas schedule, SRK returned donning an all black outfit as shutterbugs caught him coming out of the airport with his team. 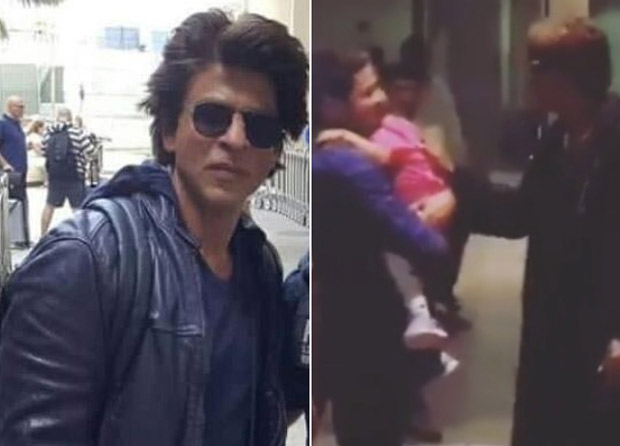 This film will not only show SRK in a different avatar but will have some of the most amazing cameos. Salman Khan, Kajol, Rani Mukerji, Karisma Kapoor, Alia Bhatt among others. This will be, technically, the last film of late actress Sridevi. Zero is slated to release on December 21, 2018.