There is one thing everyone knows that Karan Johar is a doting son. His life revolves around his parents. Sadly, Karan's father Yash Johar passed away fourteen years ago. But, he has always been by his mom Hiroo Johar's side. With his two kids Yash and Roohi, now he feels like the joy has returned to his family. 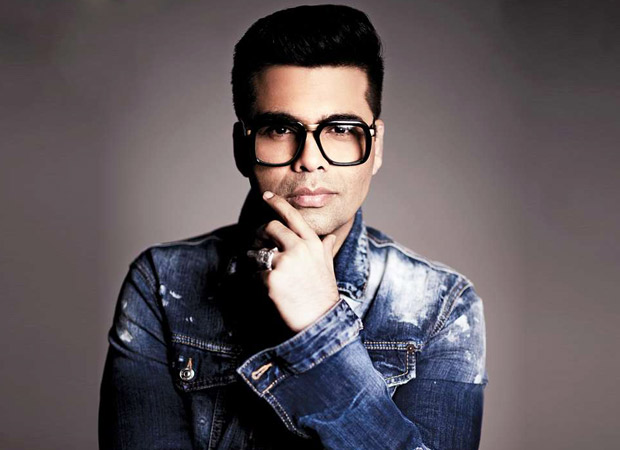 In a letter written in Hindustan Times by Karan Johar himself, he talks about why it is important to have a great relationship with your parents who love their kids unconditionally. He opens up on his parents and how his life revolved around them, why he has always lived with his parents and never thought of moving out. Talking about bonding with his parents, he writes, "My earliest memories are of me coming home and bonding with my parents. We always had dinner together and talked about everything. I was engulfed with all the family problems from a very young age. When I was 10, I had become my mother’s friend and my father’s support. Moving out of home was never an option. The thought never struck me. We always operated as a unit. They were my universe and I was theirs. I’ve always yearned for a sibling and am envious of those who have one."

Karan Johar, who was very close to his father Yash Johar, has often openly talked about how difficult it was to lose him. It has been fourteen years since he passed away from cancer but Karan has always remembered him. Talking about the loss and coping up with it, he further writes, "I lost my father in 2004 and I’m still struggling with the loss. When my father, Yash Johar, was dying, he kept telling us he didn’t want to leave us and go. My mother and I cried a lot. We still do. I walk into her room and even today, I find her talking to his photograph. I have conversations with him, in my head, on a daily basis. He gives me strength and completes me in every way. I lost my father but gained a god for life."

In the letter, Karan gets emotional talking about his Hiroo Johar who has been going through health issues. He says that he starts to break down at the thought of losing her. He adds, "My mother Hiroo is the Queen of my universe. We have our fights, like all parents and children do, but each time we fight, I find myself crying. I don’t like to stress her out about anything. I cannot function on days that I’ve had a fight with her. My entire day goes, and it affects my work and I’m a workaholic, mind you. I start functioning only after we’ve sorted out the disagreement and we are back to having a normal conversation. No matter which part of the world I am in, I can tell from my mother’s tone whether she is low, upset or sick." 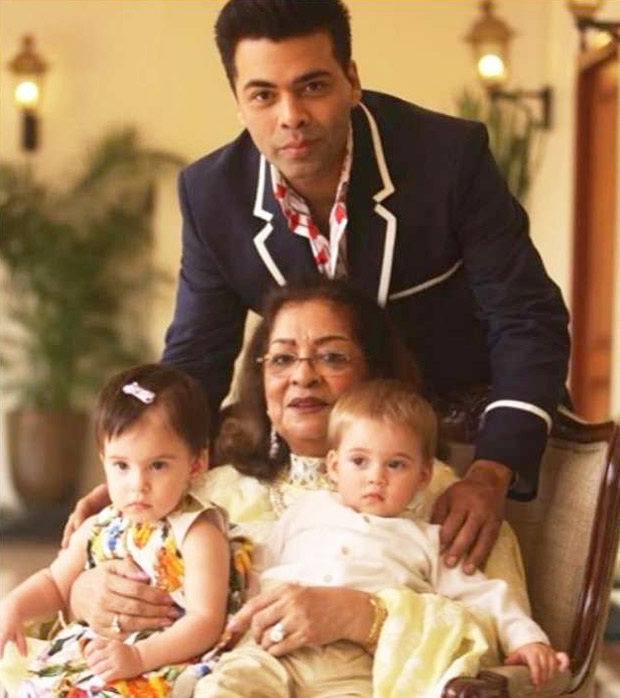 Karan Johar, who became a part of twins Yash Johar and Roohi Johar last year, has been completely enjoying his fatherhood life. He often shares cutest pictures and videos of his kids as he is taking in each day as it comes. "Having children of my own has been my big emotional investment. A light went out when my father died and a tiny light came on when my son and daughter were born. My mother and I regained some of our spirit and I think it had a lot to do with me naming my son, Yash, after my father. My mother was delirious with joy when I told her I was naming him Yash. My daughter, Roohi, takes her name, with alphabets rearranged, from my mother’s name, Hiroo," Karan says.

He further adds, "Before I decided to have children, I use to feel very guilty about not spending time with my mother. She used to get lonely and I didn’t know what to do about it. I found myself running away from the sadness of it all, because I felt I should be there for her a lot more. Yash and Roohi have changed that. My children are now 15 months old and for all this while my mom and I have been living a perfect dream. They have been glorious months and I sometimes think – when is the first crack going to come? I am so scared, I find myself touching wood all the time."

It is well-known that Karan Johar's Kabhi Khushi Kabhie Gham was all about family. The film, till date, is iconic and definitely one of the most favourite from Karan's films. Speaking about the film and why he made it, he writes, "I cannot communicate with people who make their parents suffer. I made Kabhi Khushi Kabhi Gham, with ‘It’s all about loving your parents’, as the tagline. That is my reality. My parents are my world. My life is about them."