Alia Bhatt played a fiery character named Saifeena in the film Gully Boy that released earlier this year. Even though her screen time was limited in comparison to the lead actor Ranveer Singh, the actress made sure to light up the screen with her presence. When the trailer of the film had released, Alia Bhatt's dialogue "mere boyfriend se gulugulu karegi toh dhoptuingi na usko" became immensely popular making way for memes. 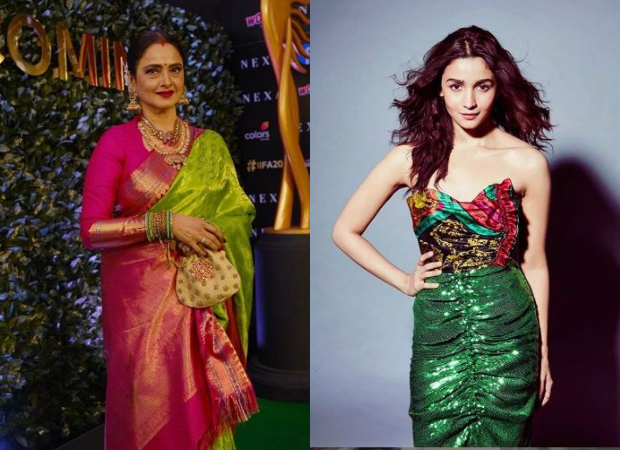 Recently, at an award function, Alia Bhatt delivered her famous dialogue from Gully Boy, which was then imitated by the evergreen actress Rekha who said it in her own style.

Alia Bhatt won the Best Actress Award for her role in Raazi at the recently concluded IIFA awards.

Meanwhile, on the work front, Alia Bhatt will next be seen in Ayan Mukerji’s film Brahmastra alongside Ranbir Kapoor, Amitabh Bachchan, Nagarjuna Akkineni, and Mouni Roy. The actress will also be seen in Sadak 2, Takht and Sanjay Leela Bhansali’s Gangubai.