Ranveer Singh and Sara Ali Khan are promoting their upcoming mass entertainer Simmba which is helmed by Rohit Shetty. The film is a story about a corrupt cop named Sangram Bhalerao with women safety as its core subject. With the promotions in full swing, Sara has also shown her singing talent which Ranveer finds it pretty funny. 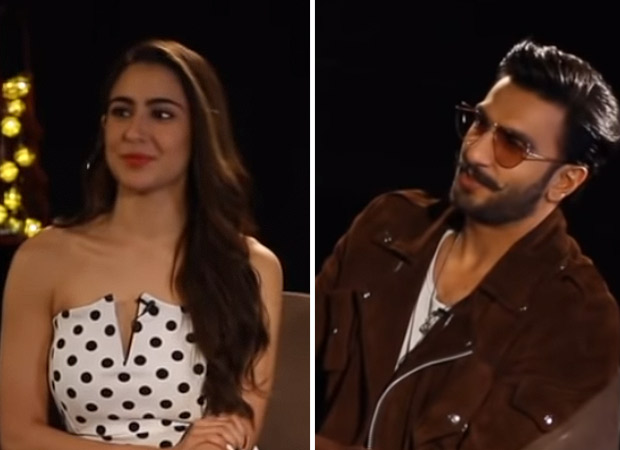 During an EXCLUSIVE interview with Bollywood Hungama, Ranveer Singh and Sara Ali Khan talked about how their film's first song 'Aankh Marey' became a rage and a party anthem. He was making fun of her but made sure to join her when she began singing the song. Introducing her act, he said, "Hamare saath ek azeem phankar hai joh hamara mann behla sakti hai (Here, we have with us this talented artist who is going to entertain us). The Nightingale of JVPD scheme." While Ranveer was enjoying the performance, she even sang Shah Rukh Khan and Madhuri Dixit's 'Dholna' from Dil Toh Pagal Hai.

Helmed by Rohit Shetty, Simmba is set to release on December 28, 2018.