Ranbir Kapoor's regular Sunday recreation is to play a game of football. The actor is a part of the All Stars Football Club, and is often seen playing, accompanied by others including Dino Morea and Abhishek Bachchan. Last Sunday's game didn't go very pleasing though, as he ended up suffering a minor injury. 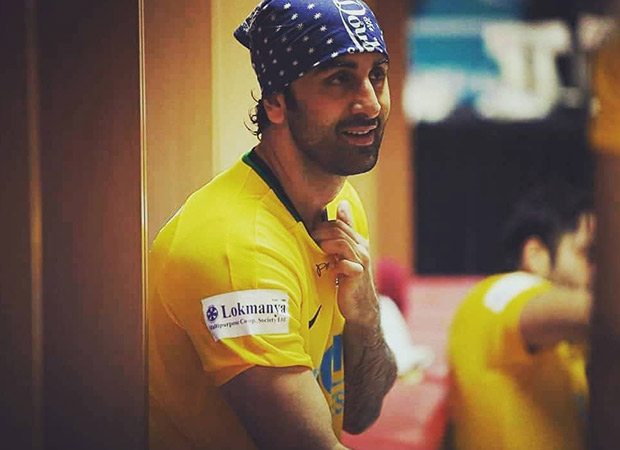 In a video, we can see him getting hit on his face. This resulted in a minor lip injury. However, he still obliged to fans who asked for selfies! Watch the video below.

Not long ago, we had spotted Ranbir wearing an arm sling as he suffered a hand injury. However, he continued shooting for Brahmastra with the injured hand.

The actor, along with girlfriend Alia Bhatt, was recently at the snow-clad Manali, shooting for Ayan Mukerji's film Brahmastra. The film which was originally supposed to come out this month, was delayed as the makers announced they wanted to invest more time in the post production. It was pushed to summer 2020 but now we hear that is also uncertain.