Priyanka Chopra who married Nick Jonas last year recently featured in the most exciting collaboration of Jonas brothers’ single ‘Sucker’. The single saw the three musician brothers coming together after they decided to part ways. It was obviously a treat for Jonas fans. Now the Jonas brothers including Joe Jonas, Kevin Jonas and Priyanka’s husband Nick Jonas have decided to come together in a documentary titled Chasing Happiness. The said documentary that traces their career journey from their childhood to teenage years to adulthood will also feature Priyanka Chopra and this is the proof! 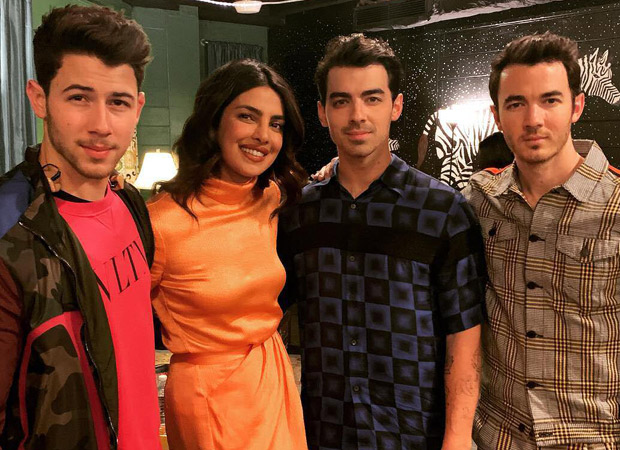 The recently released trailer of Chasing Happiness features all the Jonas brothers narrating their respective versions of the story and what brought together them in the first place. Further the Jonas brothers also discuss their decision of separating and then re-collaborating. While the trailer is just a sneak peek into their conversations, it also gives glimpses of some of their most popular concerts in the world and also their childhood days in New Jersey. It also features the love stories of the three brothers which includes tracing the love story of Priyanka Chopra and Nick Jonas. Here’s a look at the trailer which showcases a glimpse of the actress and also footages from their lavish marriage in Udaipur, Rajasthan in India.

On the work front, Priyanka Chopra is making a comeback in Bollywood with The Sky Is Pink that also stars Farhan Akhtar and Zaira Wasim. The film, directed by Shonali Bose, is slated to release on October 11.