Back in the 80s and the 90s, Chunky Pandey was a name to reckon with. With multiple 'masala' successes in his kitty, he did a plethora of films at a rapid pace. Though he stopped doing leading man roles by the time his daughter Ananya was born in 1999, he has forayed into the world of web series while being a regular as 'Aakhri Pasta' in Housefull franchise. 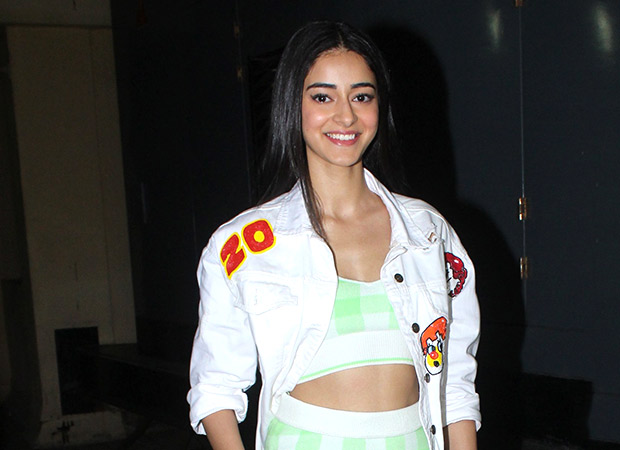 Now that his daughter is making her much hyped big screen debut with Karan Johar and Punit Malhotra's Student of the Year 2, he is all excited to check out what the newcomer has to offer.

"For my parents, this whole thing is so surreal," says Ananya, The moment promo of Student of the Year 2 came out, they downloaded it and must have watched it like every hour of the day. That said, when the film was being made, they just let me be. My dad never even once came on the sets while my mom came on just the first day. In fact till the film was ready for early screening this week, they hadn't even seen the rushes."

It is pretty much expected that being brought up in a filmy atmosphere would have led to quite a few talks around her career would be launched.

"You know, people ask me that what sort of advice my dad gave me during my growing up years. Also, so many of them think that I must have had this glamorous life. Guess what, it was never like that. I had a regular upbringing where I went to school and all. I was never on the sets of my dad's films when I was younger," remembers Ananya.

The fact also remains that Chunky Pandey was in his prime as an actor before Ananya was born.

"Yes, he was a huge star back then and later he started doing a lot of different roles. What I have learnt from my dad is that he hasn't changed either by successes or failures. His behaviour has stayed intact. He is the same jovial person that he always has been," she says.

Now that the moment of reckoning has arrived, Ananya is waiting to see audience react to her debut release.

"Student of the Year 2 is a film that I would love to go and see in theatres. I couldn't have asked for a better co-star than Tiger Shroff or a set up like that of Dharma. I am so lucky; this is a dream come true," smiles Ananya before signing off.

Also Read: 7 Reasons why we welcome Student Of The Year again