Aditya Roy Kapur and Disha Patani are all set to star together in Mohit’s Suri’s next directorial Malang. The film also stars Anil Kapoor, and Kunal Kemmu. The shooting began in Goa earlier this year. Disha shared a short video clip from her prep for the role recently and it seems like an action sequence. 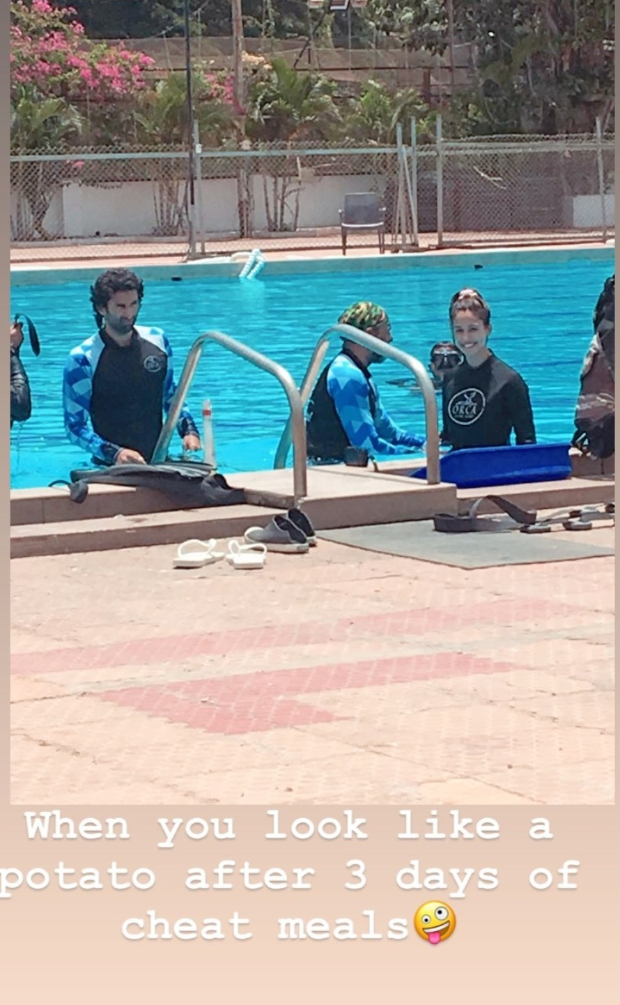 While prepping for an upcoming sequence, Aditya Roy Kapur and Disha Patani were seen prepping in a swimming pool with a bunch of instructors around them. Disha shared a boomerang video and wrote, “Train swim repeat. #malang”. She shared a photo and captioned it, “When you look like a potato after 3 days of cheat meals.”

ALSO READ: Malang makers to recreate the magic of Goa in Mauritius