Actor-comedian Kapil Sharma took to his social media handle to share a video in which he is seen performing with former colleague and actor Sunil Grover. The two are seen performing at a wedding along with singer Mika Singh. 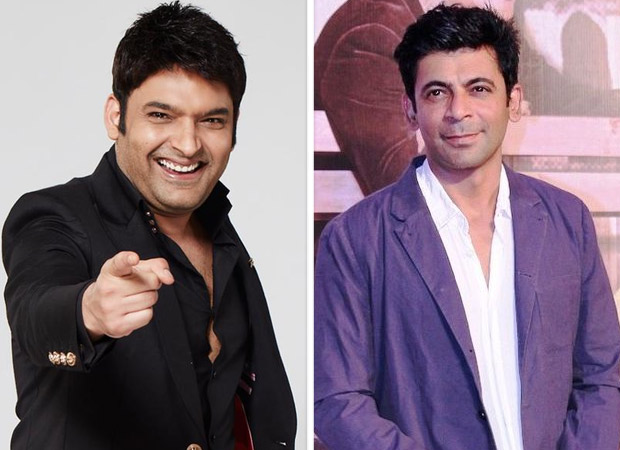 Sharing the video tweeted by another user, Kapil wrote, “It was such a special n beautiful evening paji. Thanks for all the love n warmth. God bless the beautiful couple n congratulations to whole kumria family n friends.”

It was such a special n beautiful evening paji. Thanks for all the love n warmth. God bless the beautiful couple n congratulations to whole kumria family n friends ???? https://t.co/DKDSxoDh9e

The video shows Kapil, Sunil and Mika on the stage entertaining the married couple and the other guests with their performance, At one point, Kapil dances with a lady, dressed in a golden sari, to an old Hindi film song, ‘Oh Meri Zohra Zabeen’ from the film, Waqt.

Earlier in December, Kapil Sharma had shared a picture in his Instagram handle where he is seen sharing the frame with Sunil Grover and Salman Khan. The two comedians who are close to the Khan brothers were invited to Sohail Khan’s birthday party where they were clicked together.

Sunil Grover and Kapil Sharma were working together on the latter's comedy show. But, Sunil Grover decided to part ways with Kapil following a mid-air spat when the team was on their way back from Australia in 2017. Ever since several fans have been requesting Sunil Grover to come back on the show. Sunil Grover had portrayed characters like Guthi, Rinku bhabhi and Dr. Mashoor Gulati among others on the show.