Koffee With Karan is already two episodes down in its sixth season. With Alia Bhatt - Deepika Padukone taking over premiere and Akshay Kumar - Ranveer Singh adding more entertainment to the show, the third episode will see Aamir Khan in his full element. Aamir Khan filmed an episode earlier this month which will be a solo one, just like Salman Khan and Akshay Kumar in the last couple of seasons. 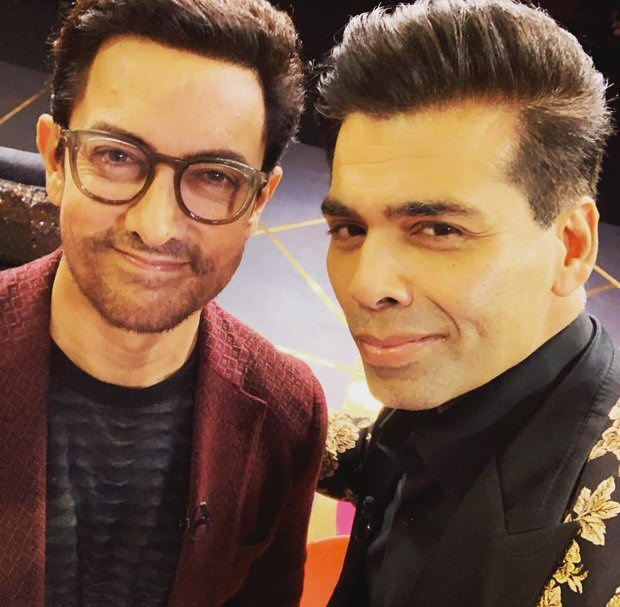 The first promo of the upcoming episode is out and Aamir Khan is in his element while playing the Koffee Quiz with coffee shots. Karan asks Aamir if has showered with someone. To which, Aamir responds that he showers with his wife Kiran Rao very very often. A little shocked Karan tells Aamir that it is TMI and ends up explaining the meaning of TMI to Aamir which in turn becomes too hilarious and entertaining. He even asks him if Aamir has used makeup to cover hickeys. To which he replied saying, "I don't cover my hickeys."

As Aamir Khan is making a solo appearance, Karan joins him in quiz round and the segment is hosted by Malaika Arora. Aamir gets asked, "If you were on a boat with Shah Rukh Khan and Salman Khan and there was only one place for only one person, who would you push out?" Aamir smiles before the promo ends.

Koffee With Karan featuring Aamir Khan episode will air on November 3, 2018 right before the release of his action- adventure film, Thugs Of Hindostan.