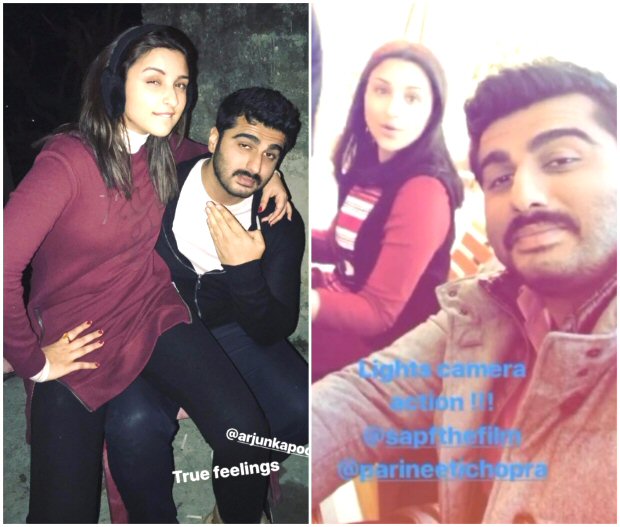 It was five years ago when Arjun Kapoor made his big debut with Ishaqzaade and starred opposite newbie Parineeti Chopra who had made her debut in Ladies vs Ricky Bahl. But, it was Ishaqzaade that gave her the big break as the lead actress and the pair was loved by the audience. Then, this year it was announced that the on-screen was reuniting in Dibakar Banerjee's film, Sandeep Aur Pinky Faraar. 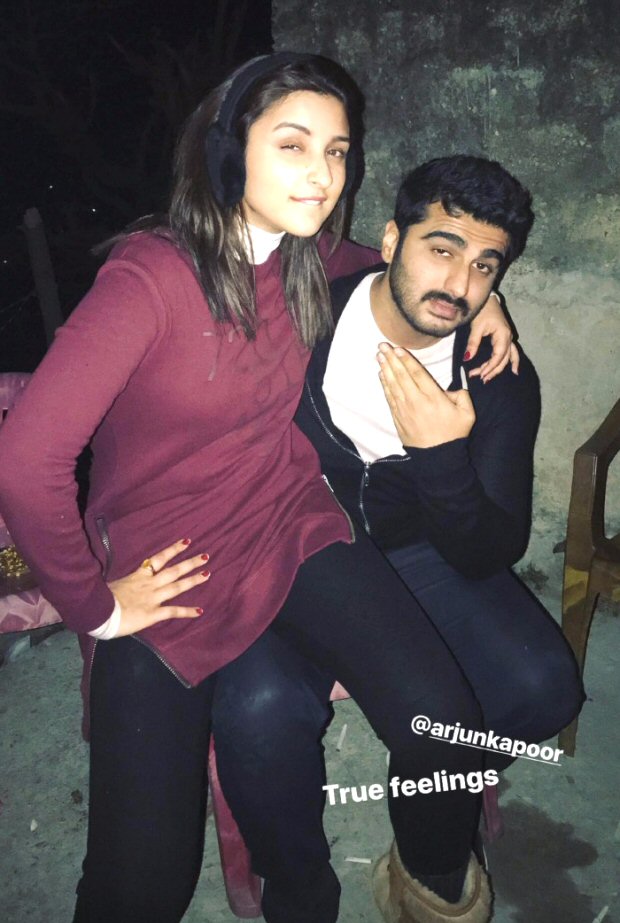 Sandeep Aur Pinky Faraar filming began in November first week in New Delhi. Currently, the duo is shooting in a village at the Indo-Nepal border. A few days ago, Arjun was snapped shooting on the streets of Pithoragarh in Uttarakhand. Both along with director Dibakar Banerjee were enjoying the local food, music and dance when they got some free time from the shooting schedule.

On Friday, Arjun Kapoor cheekily filmed Parineeti on the sets of the film while she was rehearsing lines and getting ready. Arjun made fun of her saying, "Lazy actor...learning lines on the set. Parineeti, you know your lines?" Parineeti was surprised seeing he was filming it. 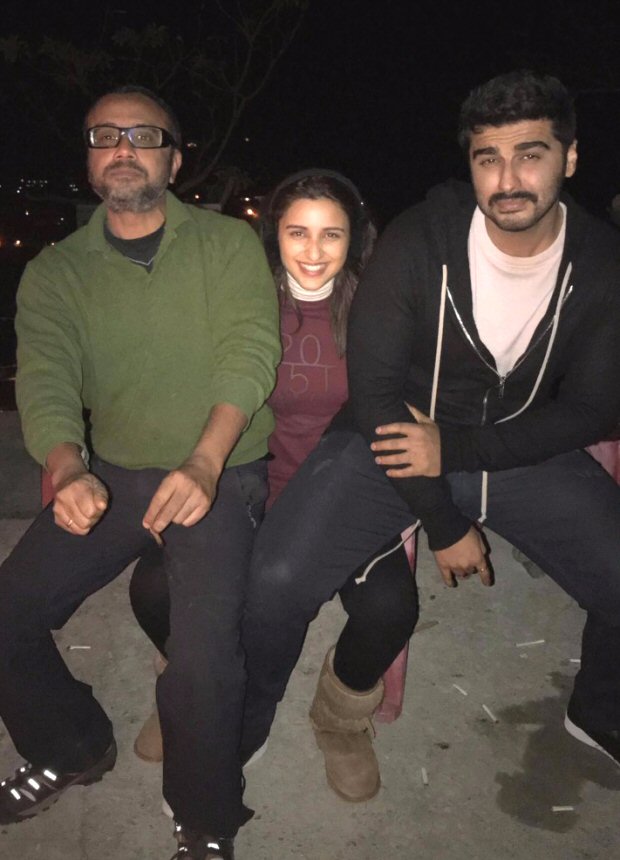 The film is a story of a man and a woman who represent two completely different parts of India. This story could happen to any of us and is very relatable in the contemporary India. But, it happens to Sandeep and Pinky. Two more unlikely protagonists in one film are unimaginable. They are united in one thing only. Their mistrust, suspicion, and hate for each other. Directed by Dibakar Banerjee and produced by Yash Raj Films, Sandeep Aur Pinky Faraar is set to release on August 3, 2018.