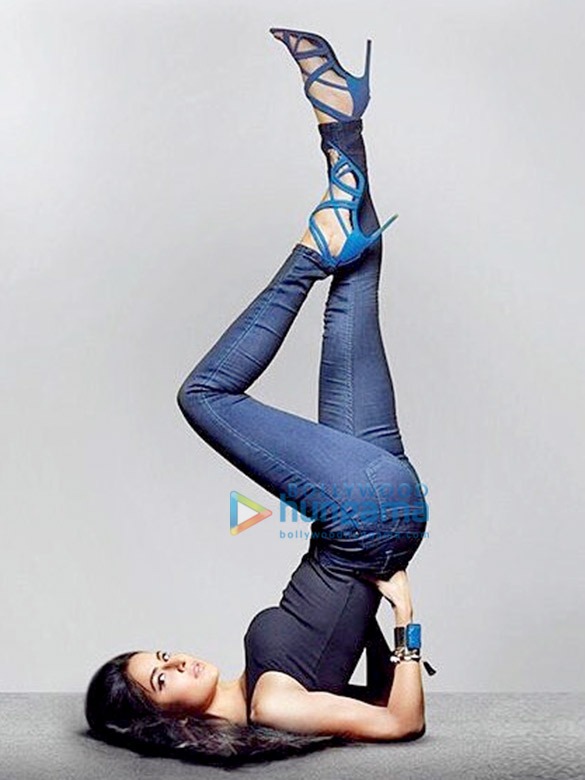 For most people, the jeans have become an indispensable part of life. It is endorsed by every strata of society from the length and breadth of the country thanks to the comfort and style that it offers. It’s no wonder that something called as ‘National Jeans Day’ is observed by jeans lovers in the country.

‘National Jeans Day’ was celebrated yesterday and on this joyous occasion, Katrina Kaif did a throwback and uploaded an old picture of hers that had at one point become a talking point. It features the sexy Katrina almost upside down and the way she has balanced her jeans-clad legs and wearing blue sandals is seen to be believed. This particular image was uploaded last year as part of the ‘Do The Stretch’ challenge for a brand. Katrina had asked her fans to do a similar stretch at her. A lot of fitness fans sent lot of such pictures across the country.

On the film front, Katrina Kaif is gearing up for Tiger Zinda Hai which releases next Friday. It co-stars Salman Khan and both were also seen in its first part – Ek Tha Tiger, which released in 2012 and was a blockbuster. Her next film is the Diwali 2018 release Thugs Of Hindostan. It also stars Aamir Khan, Amitabh Bachchan and Fatima Sana Shaikh and is directed by Dhoom 3 director Vijay Krishna Acharya. Apart from these two films, she is working on Shah Rukh Khan’s untitled next, directed by Aanand L Rai. It also stars Anushka Sharma and is set to release on Christmas next year.